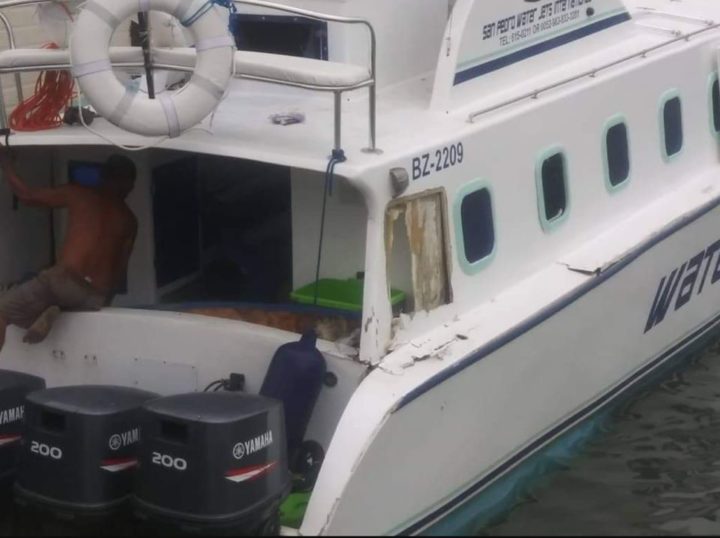 By Aaron Humes: Following its investigation of an explosion aboard the San Pedro Jet Xpress water taxi at the Ocean Ferry terminal in Belize City on May 5, the Belize Port Authority has charged one man and two companies with loss of life by negligence and transport-related charges under the Harbour and Merchant Shipping Act.

Ship captain Ernesto Delgado; San Pedro Water Jets International Limited being the operator of the vessel; and Ocean Ferry Belize Limited, the water taxi service operator; are jointly charged by the authority with causing the deaths of Yamiri and Kimberly Guy by negligence; causing a vessel that was unsafe to be sent on a voyage; and attempting to send a vessel that was unsafe on a voyage.

The vessel exploded, causing the sisters’ deaths and injuries to six other passengers though up to 14 claimed injury. The cause of the explosion was deemed to be “a build-up of fumes from fuel leakage in an enclosed compartment, which was then ignited by a spark created by a wire attached to the bilge pump.” This came after months of review of statements to police from key witnesses and experts and other evidence.

The Belize Port Authority said it “once again expresses its regrets to all those affected by the incident and extends its condolences to the family of the children who lost their lives; and, expects those responsible would be held accountable.” It gives no timeline for the case to be tried at Magistrate’s Court, referred to as the court of summary jurisdiction, nor any indication of compensation for bereaved families.