New prices for butane: What you need to know 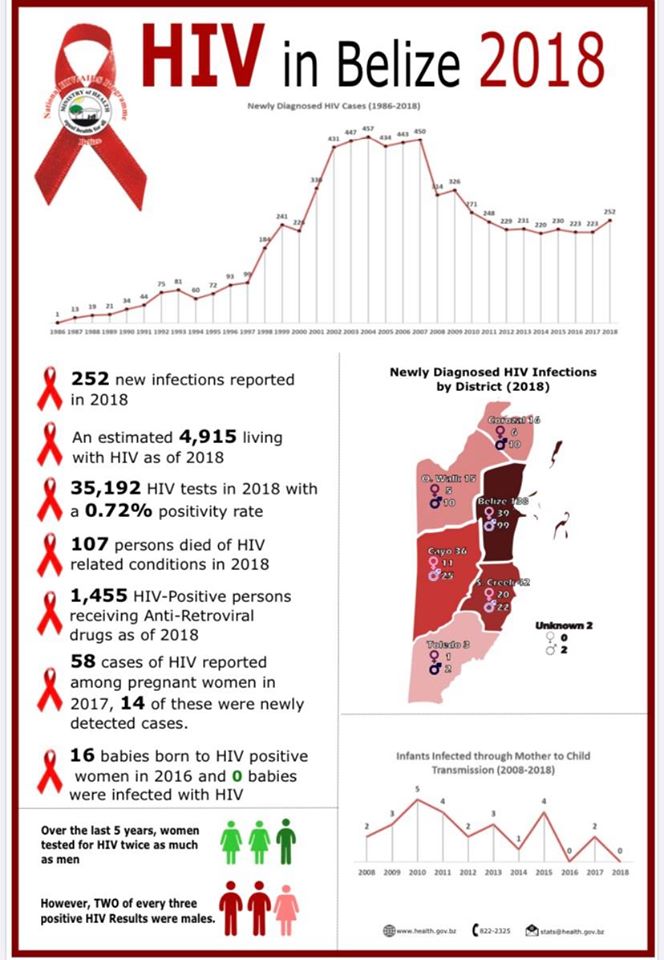 By Aaron Humes: The Ministry of Health National HIV program this week released statistics on the condition of the human immunodeficiency virus (HIV), which causes acquired immunodeficiency syndrome (AIDS).

Overall, new infections have trended down from an all-time high of 457 in 2005. The first HIV case in Belize was recorded in 1986.

The majority of new infections occurred in the Belize District with 138, where nearly three times as many men (99) as women (39) tested positive. Next are Stann Creek with 42 and Cayo with 36.

More than 4,900 Belizeans now live with HIV and about a third are on anti-retroviral medication.

Some 107 deaths were reported, but crucially, none were of babies born to HIV-positive pregnant women (16).

Generally, though women test twice as much as men. Despite this, two-thirds of the confirmed cases are men.

Recently the Caribbean has aimed for no new infections and reduced stigma and discrimination.

World AIDS Day will be observed on December 1.