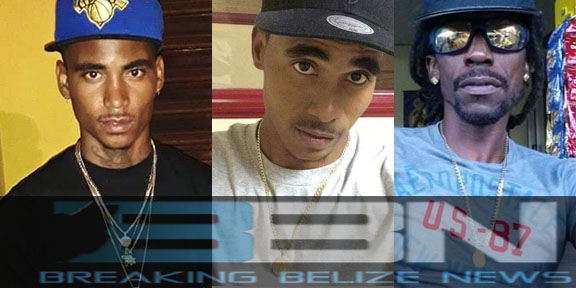 By Micah Goodin: Today is Garifuna Settlement Day. A day when we pause to celebrate the contributions and most importantly the culture of the Garifuna people.

Culture refers to the way of life for a group of people. It is how we dress, what we believe and our social standards among other things.

Dangriga Town, the home of the Garifuna people, is so rich in culture that it is often referred to as the “Culture Capital.”

But culture sometimes changes and sometimes it changes for the worse.

Data from the Belize Police Department shows that up to September there were 7 murders in Dangriga.

However, to date that number has increased.

Last night on the eve of Garifuna Settlement Day, a Dangriga youth was shot down outside his home in Harlem, Dangriga.

But before Wagner’s life was cut short, back in September he had buried his older brother, Jebran Wagner.

Jebran was shot dead at a house party in Belize City.

The Wagner brothers represented Garifuna Culture. If you don’t believe me check their social media accounts.

Similarly, Jebran was never ashamed or afraid to showcase his heritage.

The last time I met him in Belize City we had a quick chat as he had to go to his uncle’s house to clean fish for hudut.

Memories of the Wagner brothers will live on forever for those who came in contact with them.

I am not sure how their mother is coping in these dark times. But I send my love and condolences to her.

She has buried two sons and before them had to make funeral arrangements for the love of her life, Edwin Nasario, who was gunned down in Dangriga back in July.

With all this blood pouring in the streets of Dangriga town, this 19th is a somber one with as much cause to reflect as there is to celebrate, especially for the young people who continue to be victimized by violence.