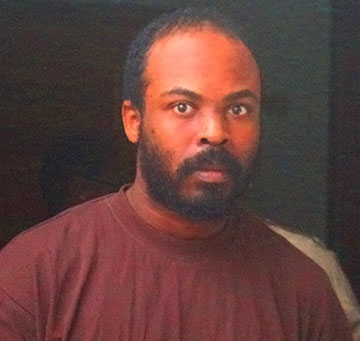 In June, police charged Francis with attempted murder, dangerous harm and use of deadly means of harm for the stabbing of Nurse Augustina Elijio at the Port Loyola Acute Mental Health Day Care Clinic. While in custody pending remand he attacked Vasquez, who later succumbed to the injuries he sustained. But Francis was not charged with any offense concerning Vasquez’s death.

Breaking Belize News has confirmed with individuals familiar with what happened in court that bail was offered (but has not yet been met as of this evening). Also, Francis must make all his appearances in court, stay away from prosecution witnesses and regularly attend the police station. Francis’ next court date is January 20, 2020.

Francis was subject to psychiatric evaluation by the court at his arraignment but the result of this is not known. It is also not known if he had an attorney.

This afternoon, Channel 7 News Director Jules Vasquez, speaking for the family, addressed reporters in the Battlefield Park across from the court. He said personally he is “deeply hurt” by the developments, but is not surprised at joining the ranks of those whom he says have been infected by injustice.

“My family is dismayed, alarmed and angry that Mr. Francis killed my brother and is receiving bail when he has not been charged – more than five months after the murder of my brother – he has not been charged for any offense. This is not a case where we have to find dah who, or we are not sure. There were only two people in that cell: one came out unconscious, comatose, and died shortly thereafter; never knew consciousness again after going into that cell. So the other person has to be responsible,” Vasquez said, adding that his brother was pushed into the cell by police, who have been recommended for dismissal, and whom he says should also face criminal penalty.

The newsman also hit out at the criminal justice system. He questioned why it is that someone who is such a danger got bail for a comparatively lesser charge than what he is accused of doing to Vasquez Jr. – and which the family is “certain” he did despite the presumption of innocence and the fact that he has not yet been charged. The system, he says, is dysfunctional, does not protect people, does not control dangerous people and does not keep society safe.

However, where has the investigation gone? Vasquez told us that months ago he was told that the police investigator was asked by the Director of Public Prosecutions to obtain further witness statements from persons in the adjoining holding cells that night, who may have heard what happened. He has communicated with the DPP but is in what he described as a “holding pattern” there.

Vasquez says it “must be obvious to someone that there must be some societal risk in this, and I don’t want to overstate the obvious, but this man has shown how dangerous he is.”

He told us he does not think of his safety and his family will take their precautions.

“It is just the feeling that, so what was my brother’s life worth, if the man that killed him – and we know that he did; these injuries were not self-inflicted, his face was unrecognizable – if the person who did this is walking the streets, it fills you with just a sense of unspeakable dread that such a dangerous and cruel person – and perhaps mentally ill and unable to judge or control his own actions could be out there, certainly, there is an awareness of danger to all parties.”