The Hummingbird Highway – what’s in a name and why change it? 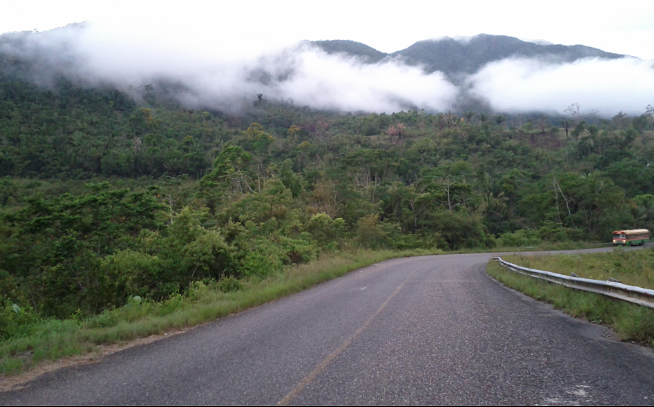 By Aaron Humes: Prime Minister Dean Barrow’s otherwise innocuous remarks on Garifuna Settlement Day in Dangriga raised eyebrows for a particular proposal, specifically one that proposed the renaming of the Hummingbird Highway.

Barrow said, “Dangriga, where when we have a day like today where the air is crisp and the sun is bright we think that Dangriga is so particularly blessed. You’ll understand now why I say again it is a tremendous pleasure to be here with you this morning for the celebration of Garifuna Settlement Day. The government is particularly pleased that the Hummingbird Highway is being completely refurbished and that contributed to the wonder of the drive this morning as I came along and I want to say that there is going to be consultation with you, with the elders, because we are determined to rename the Hummingbird Highway and it is just for you to tell us which Garifuna hero it must now be named after. There are outstanding Garinagu in all professions, I think particularly in view of the Minister of National Security in our security forces, in the police, in the army but in fact there are outstanding Garinagu in all professions and in every single walk of life-in particular the Garinagu of Belize are to be congratulated for their continuing determination to maintain their cultural values, for in preserving and revitalizing their culture they preserve and revitalize Belize.”

Sounds good, but the naysayers have come out in numbers, particularly on social media, to oppose the declaration.

Some consider it a slap in the face and have made various demands to be considered; others just prefer the poetic name.

But why is it called the Hummingbird Highway, and what would it take to actually change the name?

For the first question, we turned to historian and former parliamentarian Don Hector Silva.

He told us that surveyors of the original road found much hilly terrain. One of these engineers, according to a British man who preceded Silva as Minister of Public Works in 1954, compared the ups and downs of the road to a flying hummingbird, and that’s how the highway got its name. It was formally inaugurated in 1955.

But Silva says the name only extends from the junction with the George Price (Western) Highway to the village of Middlesex. The remainder is known as the Stann Creek Valley Road, which follows the infrastructure of the former Stann Creek Railway to Dangriga and the Commerce Bight Pier. It was used to transport bananas and other goods.

In Silva’s view, the name is already established and a change should be taken to the National Assembly by current Minister Rene Montero or through Statutory Instrument. It is not clear if this was done for the renaming of the George Price and Philip Goldson highways done in 2012.

Silva believes that other roads such as the Southern Highway to Punta Gorda, or the Placencia Road or Pueblo Viejo Road, should be renamed before the Hummingbird.

The highway, which spans about 56 miles was last repaved in 1994, and a full-scale reconstruction is ongoing.

As for new names, musicians Andy Palacio and Pen Cayetano come to mind. If the Government wants to keep the political theme going, perhaps Dr. Theodore “Ted” Aranda, who briefly led the United Democratic Party and served Dangriga as area rep under both major parties might be a good choice.

The National Garifuna Council (NGC) and other similar organizations have yet to respond.