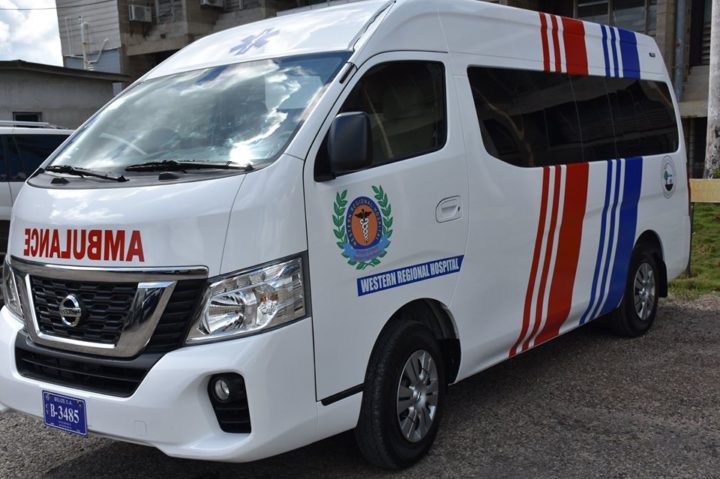 By BBN Staff: This morning, Minister of Health, Pablo Marin officially handed over an ambulance to the regional health manager for the Western Region, Dr. Javier Zuniga.

The ambulance was bought by the Government of Belize as part of a new fleet that is being purchased and distributed countrywide.

The ambulance will be used primarily at the Western Regional Hospital in Belmopan.

In addition, Zuniga said that he awaits another ambulance to be assigned to the San Ignacio region within the next couple of months.

The ambulance at the San Ignacio community hospital had experienced mechanical problems and has been unable to transport residents in that region.

Several forthcoming reports indicated that residents in critical condition were forced to charter private vehicles to transport them to Belmopan and Belize City.

Various concerned citizens had contacted BBN to express their concerns and share their plea to the Ministry for a new ambulance.