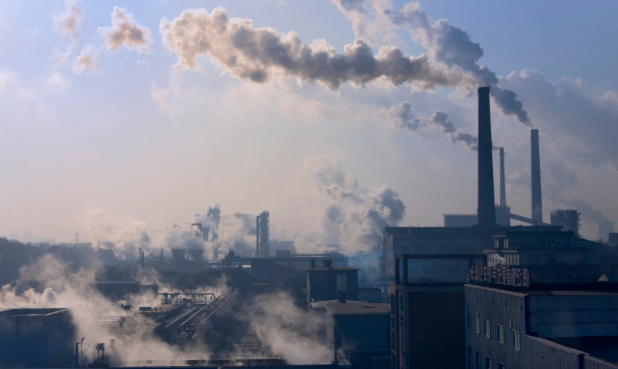 By BBN Staff: Despite global commitments to combat climate change through the reduction of greenhouse gasses (GHG)’s, a new report, issued by the World Meteorological Association (WMO) shows that GHG concentrations in the atmosphere were higher in 2018 than they have ever been.

GHG’s are chemicals released by various productive industries such as forestry and waste control, which contribute to the global phenomenon known as climate change. The recently-released report made the distinction between the “emission” of GHG’s and the “concentration” of GHG’s in the atmosphere, noting that the concentration is that which remains in the atmosphere after the emissions go through various natural processes such as being absorbed by the ocean or trees.

Apart from Carbon dioxide (C02), which plays the greatest role in climate change, the report showed that there were elevated levels of Methane (CH4) and Nitros Oxide (N20) in the atmosphere.

The report said that Methane is now at 259% of the pre-industrial level (before the year 1750) and that the increase seen between 2017 and 2018 was even higher than the previous annual rate and the average over the past 10 years. Around 40% of the methane emitted into the air comes from natural sources, such as wetlands, while the other 60% comes from human activities such as cattle farming, rice cultivation, and landfill dumps.

Nitrous oxide is also emitted from natural and human sources, including from the oceans and from fertilizer-use in farming. The WMO report said that Nitrous Oxide concentration in the atmosphere is now at 123% higher than it was in 1750.

“There is no sign of a slowdown, let alone a decline, in greenhouse gases concentration in the atmosphere despite all the commitments under the Paris agreement on climate change,” said WMO Secretary-General Petteri Taalas. “We need to translate the commitments into action and increase the level of ambition for the sake of the future welfare of mankind.”

The WMO report is one of several key documents that will be discussed at the 2019 United Nations Climate Change Conference, also known as COP25, which is scheduled for December 2-13 in Madrid, Spain.