Yellow Man claims political victimization by his own party, “I have kids to feed”

Are you ready to dance with Tandoors Restaurant and Bar this Saturday, Nov 30th 2019?

Will the George Price Highway from Belmopan to San Ignacio be safer after rehabilitation? 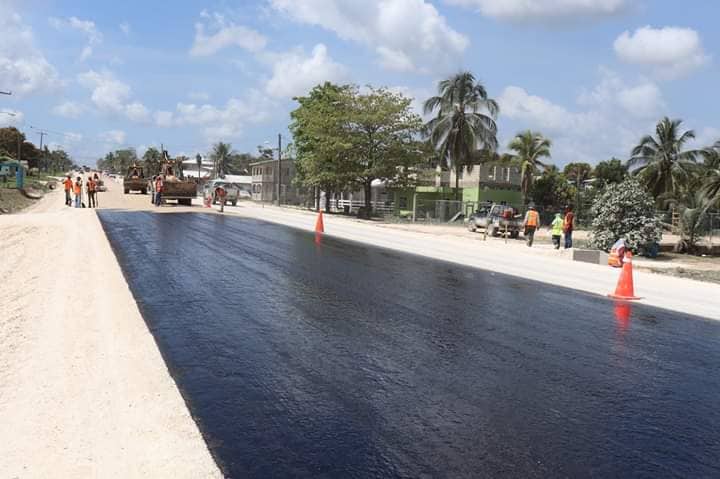 By BBN Staff: The George Price Highway from Belmopan to San Ignacio is currently under rehabilitation.

The rehabilitation of the portion from Roaring Creek to Iguana Creek junction entering Spanish Lookout was awarded to Teichroeb and Sons in the amount of $20.5 million, while the portion of the highway commencing at Blackman Eddy Village and ending at the roundabout in Santa Elena, Cayo was awarded to controversial contractor, Imer Hernandez in the sum of $19,012,935.90.

In February of this year, the Minister of Works, Rene Montero toured the on-going rehabilitation and assured that the road will be built to international standard, and said it will have all the safety features that an international road has.

The rehabilitation of the road is still on-going and there are some noticeable shortcomings including the fact that the ‘Z’ curve was not straightened out. The curve that was left makes it easier for motorists to speed.

Is there any assurance that the cutting of the walls of the ‘Z’ curve was designed with engineering accuracy? There could be landslides and falling rocks could be dangerous.

Another danger is that the highway does not have enough ‘shoulder space’ so that motorists can safely pull off the highway if needed. If pulled off the road, for example for an emergency, vehicles can end up in deep drains.

There are primary schools along that portion of the highway from Belmopan and to San Ignacio and the pedestrian ramps are not placed strategically in those villages near the schools.

In addition, a plan is yet to be implemented to regulate speeding in these populated villages along the highway.

Motorists have also seen that the blind curves left on the highway makes it more amenable to road traffic accidents. Deep drains left on the sides of the highways are also a menace to motorists especially at night time.

Among the many factors that contribute to the loss of lives annually is also reckless driving by motorists. Many Belizeans have never experienced a well-constructed, properly lit highway.

We can argue about the conditions of the roads, but the Government of Belize has invested in the rehabilitation.

Considering the scope of works undertaken and the impact for not only the immediate area but for national commerce, the public should be assured that there are qualified and experienced engineers assessing, planning and executing the work to the best of their abilities and using the materials needed to present a high-quality internationally standardized road.

Are we getting quality highways and roads for Belizean taxpayers money?