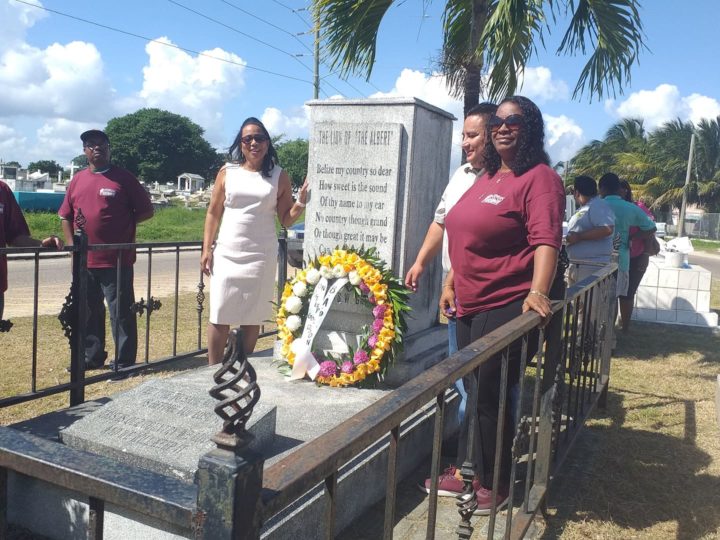 By BBN Staff: Today, the Belize Assembly for Persons with Diverse Abilities (BAPDA) on the occasion of the launch of a new advocacy initiative, took a moment to honor National Hero Philip S.W. Goldson for the work he has done in advocating for persons with disabilities in Belize.

Members of the BAPDA along with students from Stella Maris School held a short procession from the Mental Health Resource Center at the corner of Vernon Street and Tibruce Steet to Goldson’s grave at the Lord Ridge Cemetery to lay a wreath there.

At the gravesite during the wreath-laying were Goldson’s son Philip Goldson Jr., Goldon’s sister, renowned Belizean educator Maud Williams and her daughter, Minister of state with responsibility for Immigration, Beverly Williams.