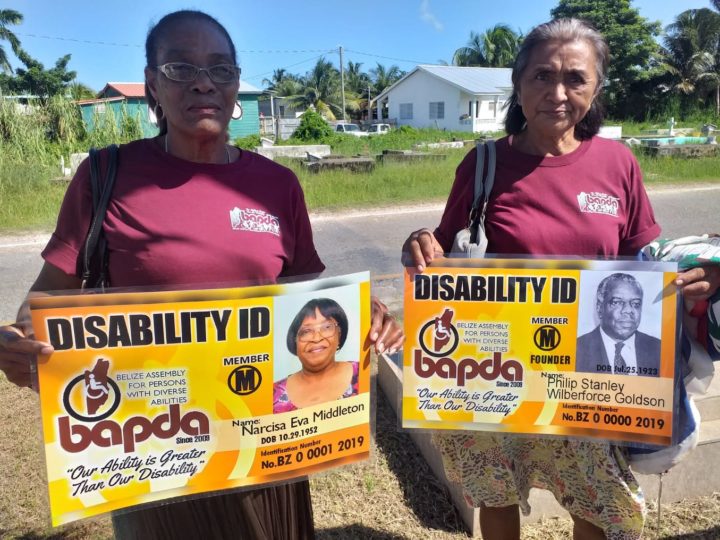 By BBN Staff: Today the Belize Assembly for Persons with Diverse Abilities (BAPDA) continued its advocacy work for its target population with the launching of its new National Disability Identification Card initiative.

Roxanne Marin, President of BAPDA, explained that the card will allow for those with visible disabilities and those whose disabilities are not readily noticeable at first glance to be identified by key service providers. Marin explained that the cardholders will be given priority as they go about activities such as trying to pay bills at locations that honor their membership.

Marin said that a major use of the card comes into play during interactions with the police as the officers are alerted that the person might have some mental health issue such as autism, which requires a more sensitive approach. She stressed that persons with autism if detained by police, cannot be handcuffed and can’t be isolated in a cell because it could trigger a mental health episode.

“So even though that is the protocol of the police department, they have been receptive to us in processing them differently, having them sit on a bench outside, not putting those handcuffs on them, allowing them swift process when they go into the court system…” Marin said.

Authorities estimate some 70,000 Belizeans, 15 percent of the population, are living with some kind of disability, however, the BAPDA has 586 registered members. Marin said that the second batch of cards will be printed before the year is out and that those persons who are not yet a member of the organization should use the opportunity to
reach out and become a member.