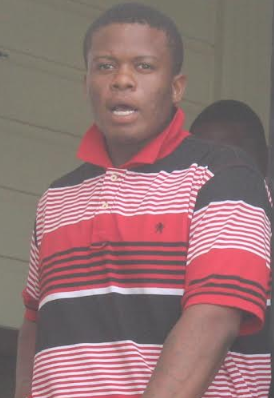 By Aaron Humes: Elden Flowers, 22, a construction worker of a Flamboyant Street address who was acquitted of murder in July, has run afoul of the law again.

This time police have charged Flowers with the attempted murder of Richard O’Neil, 27, which occurred on Wednesday, November 27. Police reports are that O’Neil, a resident of Ordonez Street, was forced into a vehicle and taken to the Burrell Boom/Hattieville Road where he was shot several times. O’Neil was transported to Karl Heusner Memorial Hospital where he is reported to be in a critical condition.

Police investigations including several interviews and statements taken led to the arrest but have yet to unveil a motive for the attack. Police believe Flowers to be one of two persons who were involved in the shooting.

Elden Flowers was arraigned before Magistrate Khadeem Palmer. She took no plea because the offense is indictable. Neither could the court offer him bail because of the nature of the offense. He was remanded until January 22.

Flowers was found not guilty of the death of Randolph Johnson. Johnson was shot and killed in January 2017, while he and several others were fishing in a lagoon, located near to mile 2 and a half on George Price Highway.