Conservationists concerned about the endangerment of crocs in Belize 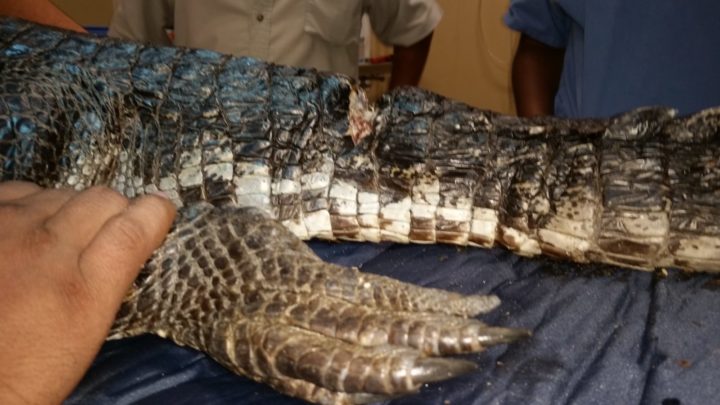 By BBN Staff: Conservationists are concerned about the constant harassment of crocodiles by humans in Belize.

Reports to our newsdesk indicate that a crocodile was recently taken to the Belize Zoo for immediate veterinary care.

The 4-foot crocodile was malnourished and had a slash on its tail.

Co-founder of the Crocodile Research Coalition (CRC), Dr. Marisa Tellez, and Dr. Philip D Shield from Animal Medical Center examined the crocodile and discovered that the male croc was a hybrid between an American and a Morelets crocodile.

It is highly suspected that the animals are being captured to be eaten by a local community in Belize.

The crocodile was transported to the CRC for further care after which he will be returned to the wild near the Placencia lagoon.

The public is reminded that it is illegal for anyone to disturb, kill, or attempt to kill any wildlife.

Under the Forest Act, the Wildlife Protection Act, and the Convention on International Trade in Endangered Species of Wild Fauna and Flora, any person found capturing, exporting, hunting, killing or molesting any wildlife species will serve imprisonment and/or fines.