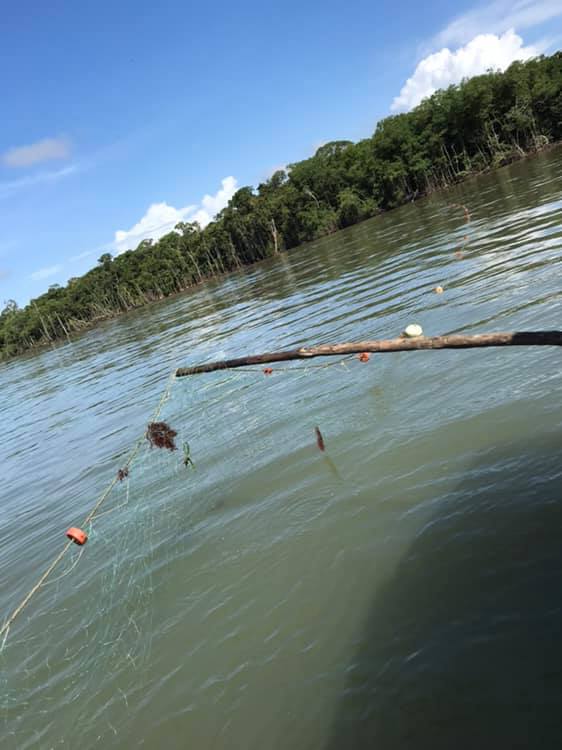 By BBN Staff: The Belize Territorial Volunteers (BTV) says that it is extremely disappointed in the Government of Belize’s measures to address the use of the destructive fishing gear, gillnets, which included turning down some $2 million in aid which would have gone to Belizean fishermen.

The BTV issued a statement yesterday pointing out that the money would have been disbursed to 83 licensed Belizean fishers as part of their agreement to transition away from the use of gillnets; however, GOB refused and instead has made decisions which allow for the continued use of gillnets.

“GOB had yet another opportunity to make Belize better by simply placing a ban on the use of gillnets but instead, they continue to make
it worse,” the BTV said. “The government’s press release indicated that the use of gill nets will be forbidden in the southernmost waters, south of Punta Gorda but that is nothing short of a joke! If the government did its research properly they would have discovered that very little gillnet is set in this area,” the BTV said.

The BTV added that around 80 percent of illegal fishing is being done with gillnets, which has been described as “highly destructive.” The volunteers applauded the efforts of organizations such as Oceana Belize and the Belize Coalition to Save our Natural Heritage, for their continued call for a complete ban on gillnets, and joins them in that call.