Bloody night as one killed in PG shooting 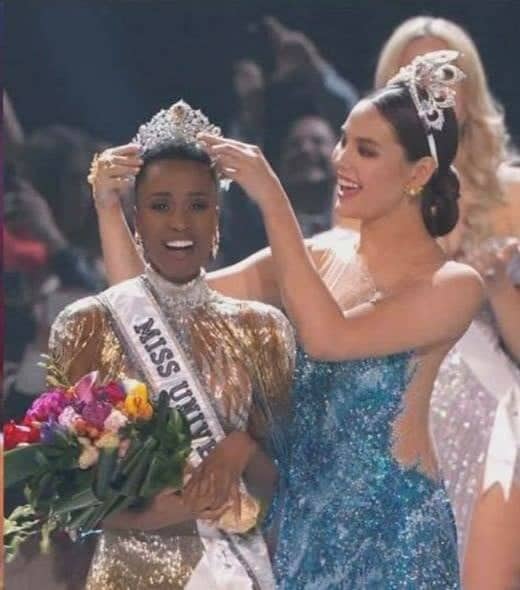 By BBN Staff: South Africa’s Zozibini Tunzi was tonight crowned the new Miss Universe, topping the other 89 contestants who vied for the title.

South Africa, Mexico and Puerto Rico were the three finalist, but Tunzi clearly bested her competitors in answering the final question put to them by host Steve Harvey. Miss Puerto Rico was first runner up and second runner-up was Miss Mexico.

Tunzi is 26-years old and hails from Tsolo, South Africa. She is described as a “passionate activist…who has devoted her social media campaign to changing the narrative around gender stereotypes” in her Miss Universe bio.

Tunzi also advocates for natural beauty and encourages women to love themselves the way they are.

In her closing statement a few minutes before she was announced the winner, Tunzi  stated with confidence “I grew up in a world where women who look like me – with my kind of skin and my kind of hair – were never considered to be beautiful. And I think that it is time, that it stops today.”

Tunzi is black and wore her short hair with style during the Miss Universe competition. Tunzi first competed for the Miss South Africa crown in 2017 but she did not give up despite not making it to the top 12 finalists. Tunzi returned in 2019 to win the coveted Miss South Africa crown which was the stepping stone for her to compete and now claim the prestigious Miss Universe title.

The Miss Universe pageant was held earlier tonight at Tyler Perry studios in Atlanta, Georgia, and was shown live on Fox and Telemundo.

Belize was represented in the pageant by Destinee Arnold who stole the hearts of Belizeans as she stepped up and rocked the stage tonight. On Friday night, Arnold’s stellar performance in the swimsuit, evening gown and national costume segments of the Miss Universe preliminaries also made Belizeans very proud, and even hopeful for her qualification in the top 20.

Breaking Belize News and Belize in general congratulates Zozibini Tunzi on this remarkable achievement, and wish her the best as she serves the world in her new capacity.