The Belize LPG importers hereby informs the general public of the following: 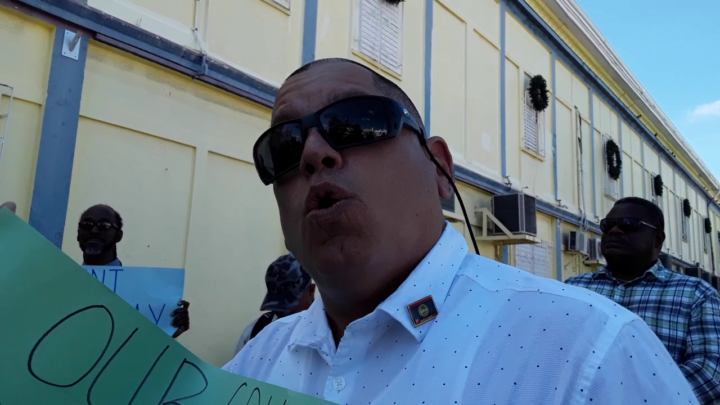 By Aaron Humes: Last week, lead claimant Frank Edward “Paco” Smith of the Belize Progressive Party (BPP) and various other principals of the Belize PEACE Movement appeared before Chief Justice Kenneth Benjamin against the Attorney General and Chair of the Election and Boundaries Commission (EBC) for alleged failure to carry out the long, overdue exercise of redistricting Belize’s electoral boundaries.

At that time, the Chief Justice asked for submissions as to whether he should hear the case, as he sits with and interacts with one of the litigants on a Government board.

Told this morning that he was free and clear, the Chief Justice proceeded to question whether the claimants wanted a judicial review or apply under a constitutional motion.

The group charges that after, and even before, last year’s re-registration of electors, gross disparities exist concerning the size of constituencies throughout the nation and the EBC has failed to act.

The government’s attorneys counter that no decision has actually been made either way and so judicial review does not apply.

The court granted Smith’s attorney Arthur Saldivar until next Monday, December 16 at 10 a.m., to “recalibrate” the application to better reflect the plea of redress under Section 6 of the Constitution, the equal protection of law clause, for violation of Section 90 of the Constitution.

Saldivar points out that the Election and Boundaries Commission, while aware of the situation, has done nothing, but it has the authority to make recommendations to the Government for redistricting of seats.

The Constitution as presently amended recommends no more than 28 seats elected in the House of Representatives and no less than 31, which is the present number.

Saldivar projects that Belize City should lose four seats from its current ten, while other districts would gain at least one seat each. The total average number of voters per constituency rises to 4,160.

Saldivar went on to explain that redistricting reduces attempts to corrupt and influence voters; the smaller parties allege that voters accept small monies at and before election time for their vote and may not vote without it. In addition, it more properly distributes the resources between constituencies no matter where they are located.

Later, chair of the PEACE Movement Bobby Lopez told us they were satisfied with how the case was going and clarified their attempts to speak with the EBC.

“We wrote them – I believe it was in June or July – we’re saying, listen, you’ve had the reregistration, we now see what the numbers are; please, let’s proceed to redistricting – we heard nothing. A month later we sent them another reminder; nothing happened. I actually met the chairman of Election and Boundaries in a parking lot, he came up to me, and he acknowledged that he received my letter – so that’s for sure. And he said he had forwarded it to the Commission and to the political directorate of both parties and was waiting for instructions; after that, we heard nothing. And we said, listen, we’re not going to wait any longer; we’re going to force them, that this cannot continue,” Lopez told us.