Belize and Belice: What’s in a name? 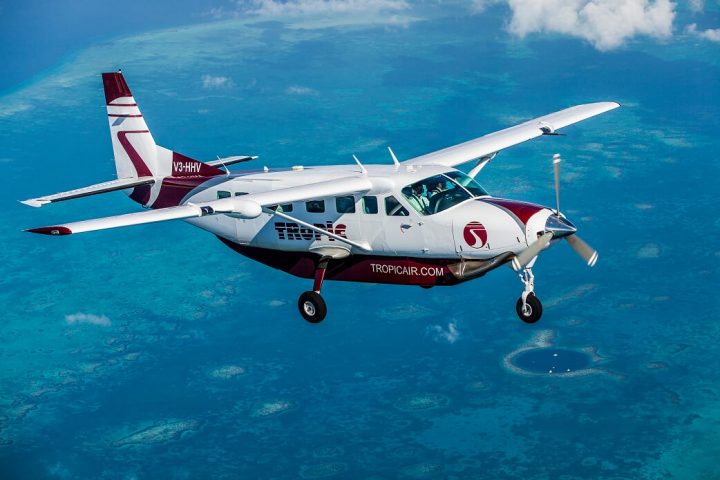 By Aaron Humes: From one three-seater charter plane to a full fleet of caravans, with routes across Belize and stretching into our Central American neighbors, Tropic Air has done its best to live up to its tagline, ‘The Airline of Belize.’

This week marks its 40th anniversary of the formation and the opening of its new terminal office on the island of Caye Caulker.

President John Greif, II, told us he had wanted to be a sailboat captain when he came home to Belize from engineering school, but he was a trained pilot and acted to relieve a shortfall in service on his native Ambergris Caye.

As Greif told us, “A businessman can buy a ticket in Corozal, go to Punta Gorda, complete his business and be back home in time for supper, and vice versa..”

The company plans to introduce its new 19-seat airliner which will cut the regional flights shorter, such as 50 minutes to Cancun rather than 2 hours.

The new Caye Caulker office, built by Medina Construction, expands the arrival-departure and cargo areas and reflects the growing importance of this destination to the airline.

Greif stated that even with one-tenth of San Pedro’s population, Caye Caulker has great tourism and business growth potential.

It now has dedicated service throughout the day as opposed to being a “shortstop” en route to its larger island cousin.

As for future expansion, with 300,000 passengers moved last year in Belize, Tropic looks to grow its regional footprint, even as Greif noted that the business is dynamic.

But he made sure to thank all who fly with Tropic and support it as it is their day.