House of Representatives set for latest meeting in calendar year 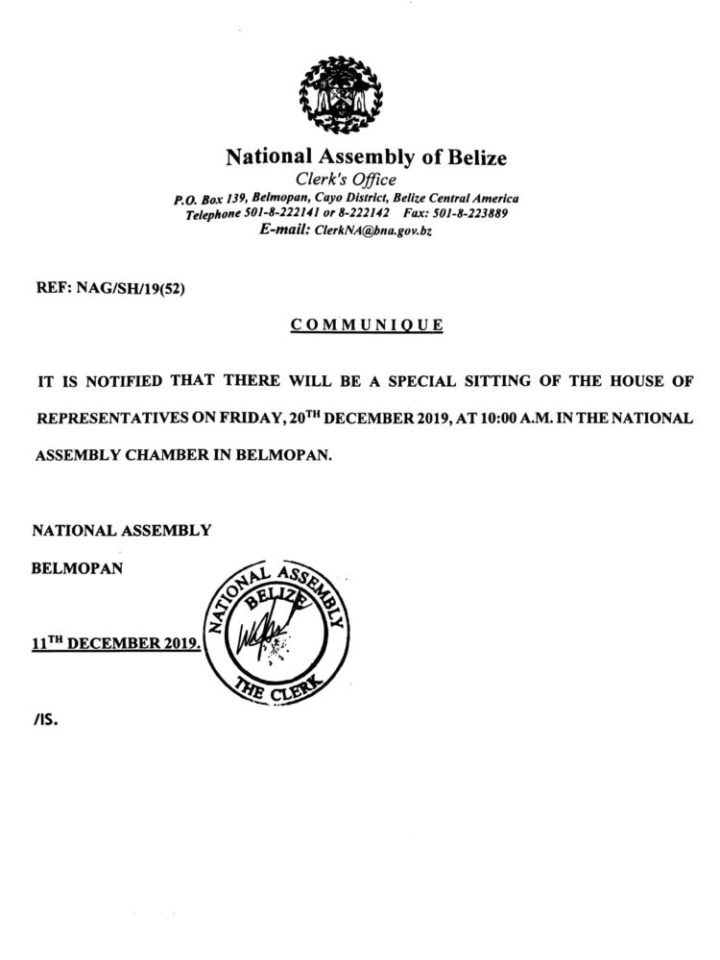 By Aaron Humes: The National Assembly confirmed this morning that there would be a special sitting of the House of Representatives on Friday, December 20 in Belmopan.
As we understand, it may be the latest ever meeting of the House in a calendar year, coming just five days before Christmas.
At the last meeting held on Wednesday, December 4, after a succession of representatives offered Christmas wishes in what was believed to be the final meeting of the year, Prime Minister Dean Barrow hinted at such a meeting.
He explained, “You know that we are engaged in this continuing exercise with the EU (European Union), and there are some additional legislative measures that we have to take. They had first said by the end of the year and they were proposing that we go to the House. That is how bad it is, that they tell us when we should go to the House, pick a date for us, the 20th of December.”
As we had previously reported, the EU has moved Belize from a “blacklist” of non-cooperative jurisdictions for taxes to a “grey list”, but still requires more compliance.
He added that at that time, it was possible that the measures might not have to be passed until the first week of January, but it has now been confirmed that the meeting will be on December 20.
Belize has held one general election in December – December 14, 1984, won by the United Democratic Party in a 21-7 landslide which brought Manuel Esquivel to power as Prime Minister. He took office on December 17 but it is not clear when the first meeting of that parliament – in the first general election since Independence in 1981 – was called.
The current parliament expires next November and general elections are due by February 13, 2021, though all indications are they will be called as soon as the new leader of the U.D.P. is installed, following a convention in February.