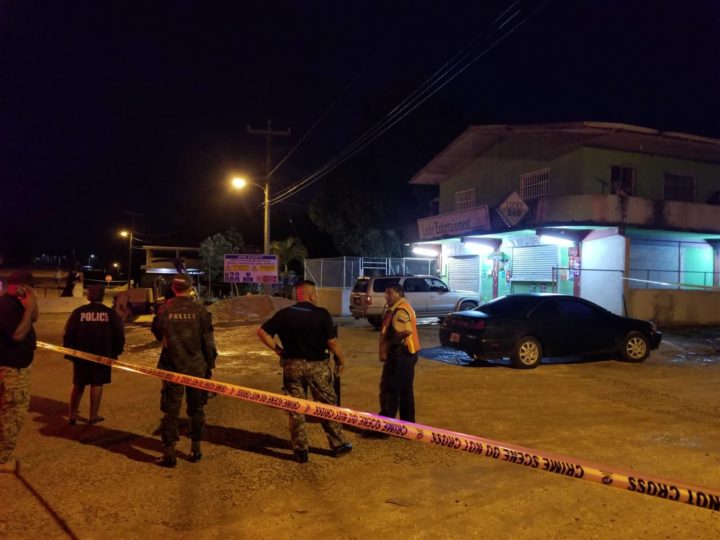 By BBN Staff: Breaking Belize News (BBN) has confirmed that there was a late night murder that occurred in Roaring Creek village, Cayo District, just after 10:00 pm earlier tonight.

The murder occurred just outside Lucky Entertainment near the new bridge that is under construction. The victim, who was inside the establishment, was shot in the head as he exited the building. A large number of expended shells were found on the crime scene, indicating that the victim was shot multiple times.

The man, who was executed, is in his late 20’s and is well known to the police.  In the last few years, he was charged for, and acquitted of murder and was accused and/or wanted for a number of robberies in Belmopan and surrounding areas.

BBN is aware of the victim’s name, but is withholding it until an official police report is made.

Up to midnight, police were still processing the scene.