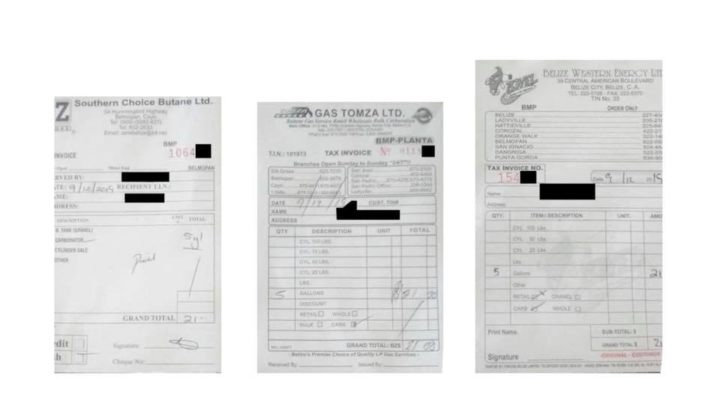 It is with some degree of hesitation, that the LPG Gas Suppliers and Distributors, find itself forced to publicly respond to a recent Press Release by the “Belize LPG Importers”, which comprises of Gas Tomza, Belize Western Gas Limited and Southern Choice Butane (Zeta Gas), in order to clarify or clear up the air in relation to certain deceptive propaganda, misinformation, half-truths, and deliberate distortions of the real facts by the said Belize LPG Importers.

The LPG Gas Suppliers and Distributors comprises of the following local Belizean entities, which are wholly or primarily owned by local Belizean Businesspersons:

Whereas the three Mexican importers are three distinct corporations, the three companies are indeed owned by a family of three brothers that operate side by side in Mexico and Central America.

Since the last price change authorized by the Belize Bureau of Standards (BBS) on November 15th 2019, the three Mexican companies have consistently remained non-compliant with said regulation. In their press release dated 9th December 2019, they make a false claim that they are abiding by the BBS price regulation BBS/GEN/31/19 (120). However, the below invoices show that on the same date of their press release, they were still not in compliance as they falsely claim. The controlled price, as of today for Belmopan is $4.84 per gallon, but below we see the three Mexican companies selling at $4.20 per gallon, in blatant non-compliance with the regulated prices.

To date, these three companies are also non-compliant with the Wholesale Prices set by the BBS. In fact, they are offering to selected distributors prices well below 15% of the established wholesale price. Unfortunately, these “special” prices are only being offered to the larger distributors in a divide and conquer strategy, which is achieving its desired objective. However, the majority of distributors, which are small, are having to purchase at unfairly high prices, which are above the BBS Wholesale regulation price. Together, these small distributors represent an important segment of the market and are being forced out of business by these main importers.

In June 2019, the three Mexican companies had set consumer prices as high as $6.00 per gallon in certain market sectors, while in others, they offered prices as low as $4.50 per gallon, at their discretion and to the detriment of other importers, as well as in defiance to the BBS controlled prices at the time. Their prices at this time is in no way a reflection of international prices, rather it is a pricing strategy designed to disrupt the market, and to permanently drive out of business small LPG distributors in Belize. Whereas consumers are undoubtedly benefitting from these short-term current lower LPG prices, these are unsustainable and are only designed to displace the many established small LPG distributors, with a view to acquire a larger market share and then dictate prices once again as they are accustomed to doing.

In Guatemala, where the same three importers operate in a deregulated market, they took up prices in mid-November as a consequence of international prices. Their retail prices today are the equivalent of $5.19 BZ per gallon as can be seen on Guatemala’s official Energy Ministry website (mem.gob.gt/hidrocarburos/precious-combustible-nacionales/historico-precios-nacionales/). Again this shows that their current prices in our local market are not as a consequence of international acquisition costs, but simply a pricing strategy to disrupt the market.

Having the need of setting a floor to consumer prices may not be a best practice in any market. However, it is necessary when the suppliers, instead of competing in a free market environment, decide to collude against the consumer.

Through this medium, we invite the general public to raise their voices and stand in solidarity with local businesses and the Association of LPG Gas Distributors, unless we allow ourselves to be dominated and dictated by foreigners and foreign interests once again.