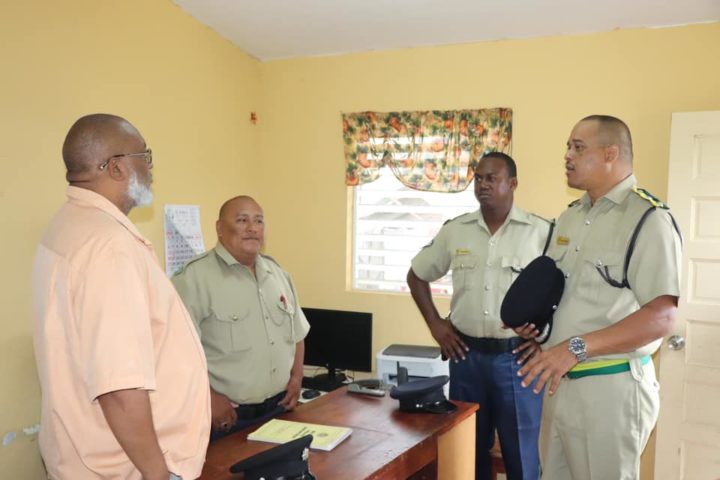 Saldivar visited police and military installations throughout the area.

He began by touring the Mahogany Heights substation, followed by stops at Hattieville, Burrel Boom and Bermudian Landing.

The team then visited the Forensic laboratory in Ladyville, the Ladyville police substation and the Price Barracks.

On the second day of the tour, Saldivar visited the Sandhill police station and those in Crooked Tree and Maskall.

Saldivar was accompanied on his tour by Ministry CEO’s Ret. General George Lovell and Felix Enriquez; Commandant of the Belize Defence Force, Brigadier General Steven Ortega; Commander of the Belize Coast Guard, Captain Elton Bennet and Deputy Commissioner of Police, Edward Broaster, as well as senior officials of the Ministry of National Security.