Another act of violence on Compassion Lane, Ladyville 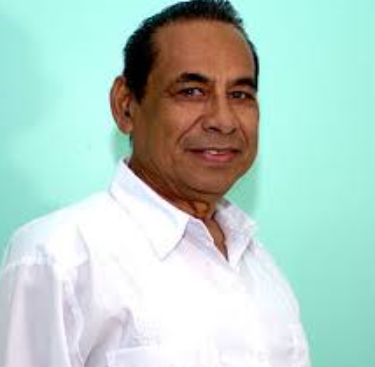 By Aaron Humes: Final services were held for 69-year-old Hipolito Bautista of Belmopan this past Saturday, after his death Thursday morning of complications from a stroke.

Bautista leaves behind a significant legacy in politics, business, the arts, and civil service, as explained by a colleague in the Belize PEACE Movement and Belize Progressive Party (BPP), Robert “Bobby” Lopez, and many friends to sing his praises.

Among his many accomplishments is the creation, with Francis Gegg and Michael Arnold, of the Commercial Free Zone in Corozal, Belize’s first such zone. He served as Chief Broadcasting Officer at the time of the Heads of Agreement in 1981 when Radio Belize was attacked. He was a teacher of economics and principles of business at Anglican Cathedral College (ACC), his alma mater. He co-founded the We the People Reform Movement and later the BPP, on whose executive he served as general secretary. He was also a member of the famous Square Peg Players and playwright and writer in his own right.

Lopez counted him a close friend in their political campaigns from the WTP to the BPP and PEACE Movement and credited his “wealth of knowledge, passion, history” as unmatched.

“He never missed a trip to all corners of this country, so we in the PEACE Movement certainly feel a huge loss because he was such a general and a huge man. The stories – that’s what I will treasure, the many stories, he had a great sense of humor,” Lopez recalled.

Lopez explained that at the time of his death, Bautista was on sabbatical preparing a new play for his troupe of actors in Belmopan and writing his memoir, which he hoped could be completed.

“I think Belize doesn’t realize the amount – his contribution to the country is truly immense. You know, it’s the cycle of life, we will go on; but his memories, his stories, his advice, we will cherish. He will certainly not be forgotten in the PEACE Movement and I know in many areas of Belize,” Lopez concluded.