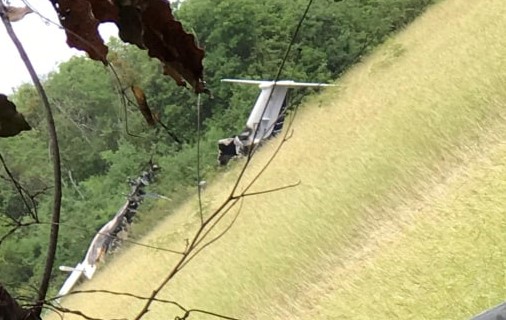 The suspected King Air 200 landed on the Sarteneja airstrip in the Corozal District at around 4:00 a.m. yesterday.

It is believed that its cargo was then loaded aboard a vessel and transported to Mexico via the waterway.

The jet was subsequently burnt when police found it at 5 a.m.

Police say they received information of the plane headed to Belize and so deployed officers to widely used clandestine airstrips.

However, the aircraft landed at none.

By the time officers arrived at the Sarteneja airstrip all they found were drums and other paraphernalia alongside the burning aircraft.