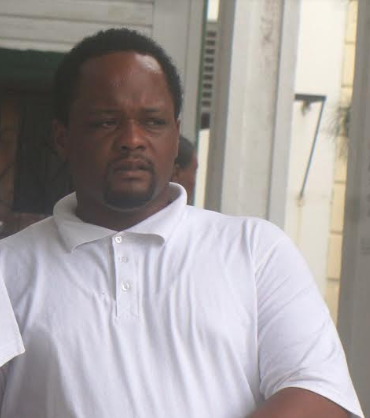 By Aaron Humes: Bart Lucas, 32, a resident of Pinks Alley, was charged with attempted murder when he appeared today before the Chief Magistrate, Sharon Fraser. Lucas was also charged with dangerous harm, the use of deadly means of harm and aggravated assault. He was remanded until February 18.

At 11:15 p.m. on Monday, December 16, the police, acting on information they received visited Karl Heusner Memorial Hospital, where they saw Christopher Guild, 35, a maintenance worker at Transparent BPO, with gunshot wounds to his body.

Guild told police that he was walking on Barrack Road, heading towards Freetown Road, when a man riding a black bicycle who wore a black t-shirt and a white baseball cap approached from behind him. Guild said the man had a pistol in his hand and the man shot him several times. A police officer, who was entering Barrack Road at the same time, saw the shooter; he fired several shots at the shooter, and the shooter returned fire. Neither of them were injured. The shooter was later identified as Lucas.