Sugar girds up for difficult season ahead

Why was Marcos Osorio dropped from sugar research institute? 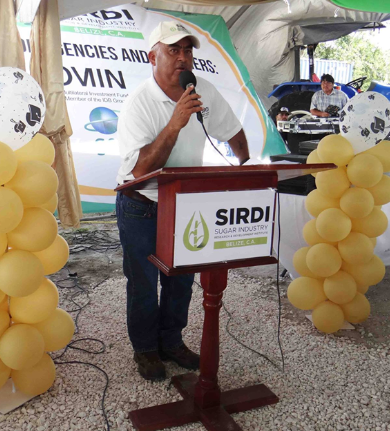 It comes as the sugar season has been delayed due to lingering effects from the drought that enveloped much of the north this year.

Mai claims that Osorio’s contract is actually up in October 2020, but chairman Martinez wrote him after a meeting of the Board on December 6 to say that the contract would not be renewed and therefore, his services are no longer required – but stated no reason for this.

However, Belize Sugar Industries Limited/American Sugar Refining (BSI/ASR) Cane Farmers Relations Manager, Olivia Carballo Avilez, hinted at a possible reason in reacting to the decision. She stated in part, “They made a decision, and one of the most important things is that the research institute is very, very important. As you can see, we are in need of good research and so I think that is one of the things the Board is looking forward to – results of the research, and especially things like the pest control laboratory which they have going, so SIRDI is very important to the industry.”

Asked directly whether Osorio lost his job for lack of results, Avilez punted the question to Gabriel Martinez.

In related news, there is a report that SIRDI employees have not been paid for two months while BSI/ASR allegedly held up payments to the Sugar Industry Development Fund. Avilez explained that the Board is in charge of that fund and has held meetings to decide how to spend the money; she directed reporters to Martinez for further information.

Mai described Osorio as “a professional, workaholic, experienced agronomist who looks after the interest of the cane farmers and has the sugar industry at heart. He has never been involved in party politics! He is exemplary in his profession.”

Mai goes on to charge that BSI/ASR was behind the termination with support from Government. Carballo Avilez stated that the producer has one seat on the Board, otherwise populated with sugar stakeholders.