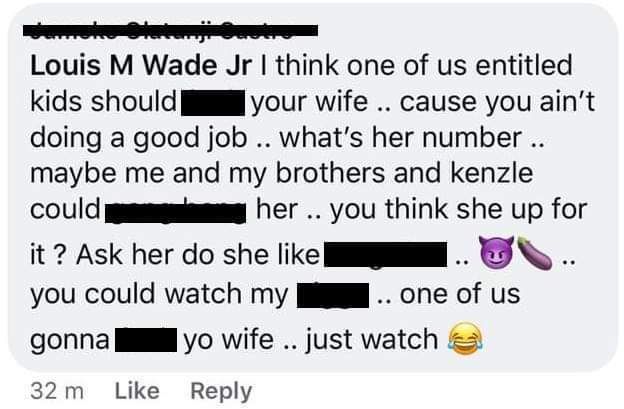 Activist and Rise and Shine talk show host, Louis Wade, joined the Special Envoy and also condemned gender-based violence on social media.  One of his posts went on to mention the surnames of Government ministers saying that their sons are all ‘entitled kids’.

Wade posted his comment on his personal Facebook page after an interview by Minister Godwin Hulse went viral.

That post allegedly did not sit well with the son of another Government minister. In a post purportedly made by that Minister’s son a vile public threat of sexual violence against Wade’s wife was made.

In light of the virality of that comment and the public denouncing of the comments by Belizeans, Kim Simplis Barrow issued another statement saying that she notes with dismay the insensitive, disparaging, disrespectful and even threatening posts to individuals and their families for expressing their opinion on the matter.

“The Special Envoy calls on the general public, particularly those engaged in discussions on this very important topic, to exercise common decency and restraint and be mindful that these distasteful comments and attacks on social media perpetuate the very thinking and behaviors that drive all forms of violence,” Barrow stated.