Supreme Court acquits Cameron Harris; stories of Gardenia shooting did not add up 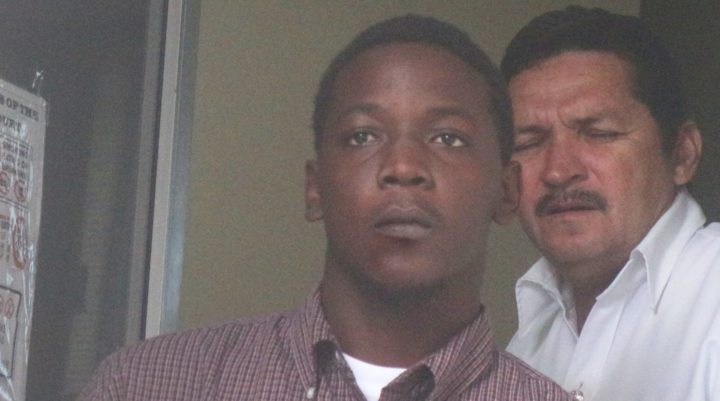 By Aaron Humes: Nineteen-year-old Cameron Harris walked free of the murder of 27-year-old Nelson Zelaya on Thursday in the Supreme Court.

Justice Colin Williams found that the layout of the crime scene told a different story from what Zelaya’s common-law wife testified to at trial.

Nicole Moody said that when Zelaya, of Gardenia, Belize District, was shot dead at midday on November 24, 2016, he had been standing in the backyard while she was in the outside bathroom. Zelaya was hit three times in the head and once in the back with bullets from a .38-caliber pistol, dying on the spot.

Moody testified to hearing a loud bang and three reports of gunshots from a close distance and was able to recognize Cameron Harris as the shooter.

But after visiting the crime scene this week, Justice Williams ruled that her testimony does not line up with the scientific and medical evidence presented to the court, that the shots were fired from a greater distance. Her position in relation to the scene, he added, shows that she could not have positively seen who the shooter was.

Before the visit, attorney for Cameron and Lenford Harris Jr., against whom the Crown did not proceed, Leeroy Banner, submitted that his client had no case to answer, and the judge agreed. Senior Crown Counsel Shanice Lovell led the prosecution.