Man accused of burglary for charging into family home 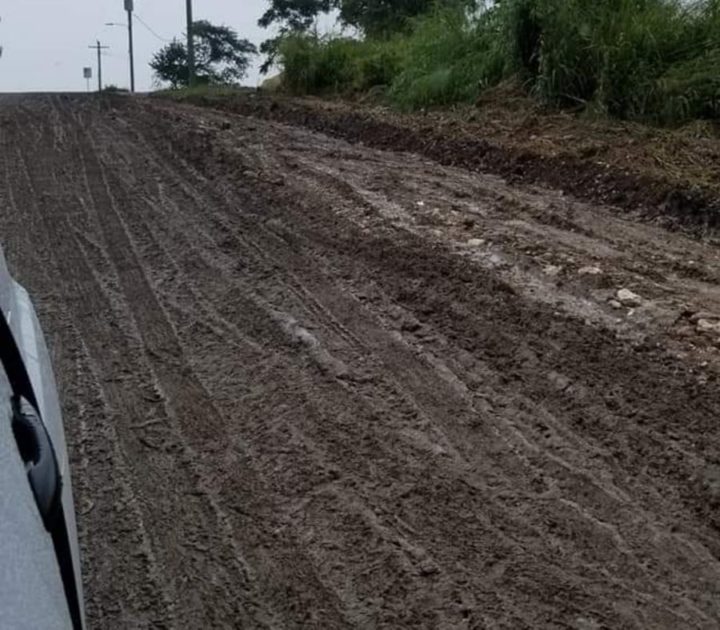 By BBN Staff: With extensive infrastructural works ongoing on roads and highways across the country, the people of San Ignacio, Santa Elena and surrounding areas are concerned about the access road to the San Ignacio Hospital.

After heavy rains, the road became almost impassable due to its deterioration.

Many motorists are able to make it through the mud but many residents walk to the hospital with young children and have a tough time getting by.

Concerned residents have pointed to continuous government spending on infrastructural works in hopes that GOB will make an allocation for the redevelopment of the access road.

The Government of Belize has awarded the contract for the Coastal Road to controversial contractor, Imer Hernandez, the nephew of former Deputy Prime Minister, Gaspar Vega.

While the quality of work that Hernandez conducts has been questioned and criticized, he has been awarded several other road-work contracts.

On December 2, Hernandez signed another contract for the coastal road works.

That contract is valued over $130 million and is scheduled to be completed within 36 months. Lot 1 is valued at $63 million and lot 2 at $70 million.

Another contract was also signed on December 2 and awarded to Belize Roadway Construction and A&N Construction Limited for $38 million and $14 million respectively for works on the Caracol road.

At the signing of the contracts, Work Minister, Rene Montero pointed out that the Caracol Road will benefit farmers along the area and also will boost tourism in that area.

With the extensive prioritization of infrastructural works, concerned residents are urging the authorities to upgrade the access road to the hospital since it is already in need of urgent rehabilitation.

Cayo Northeast area representative, Orland Habet said that the access to the hospital must be a priority since it serves three towns and about 30 villages.  Habet is appealing to the Ministry of Works and the Government to fix the deplorable condition of the road.

Habet says that the total area of the surface to be paved or concreted is 5,856 square yards or 1.2 acres.