Attorney General: No redistricting of divisions before 2020 general elections 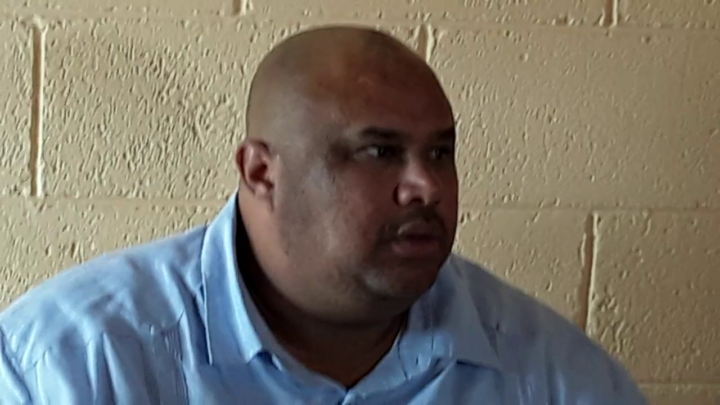 By Aaron Humes: “As far as I know, the Government is not intent on doing any redistricting before the November elections of 2020,” Attorney General Michael Peyrefitte told reporters on Monday, even as he declined direct comment on a case currently in the Supreme Court asking the Elections and Boundaries Commission to do just that.

The Belize Peace Movement and Vision Inspired by the People (VIP) have brought a constitutional challenge against the Government of Belize, claiming that the thirty-one constituencies are disproportionate in the number of voters. On Friday during case management, Chief Justice Kenneth Benjamin set deadlines for additional affidavits by some of the ten claimants to explain how their rights are being violated because of the disparate constituency sizes.

Attorney Arthur Saldivar told reporters that he represents clients from across the country; three filed affidavits to establish the case and the remaining seven are to file before January 13. The Government must respond before January 27 and the case will be heard again on February 6.

Saldivar reminded, according to Channel 5 News, “We want just what the court can do, which is to ensure that the Election and Boundaries abide by their responsibility and duty imposed by the constitution. We have seen in our country where the breakdown in law and order has taken place and what the effects have been. If there is anybody that is required to show respect for the law it is the Elections and Boundaries, the reason being that they are the ones to safeguard our system of governance, our democratic system of governance and insofar as they‘re abdicating that role, they are undermining democracy. We don‘t need that, we don‘t want that because we don‘t want to continue to go down the slippery slope that we‘re on in this country. So here‘s the deal, here‘s the reality of the situation, as it stands right now we have constituencies in the City that are inordinately small. They are too small to be considered true constituencies.”

But Peyrefitte says that is a matter for the courts. He has a standing policy of not commenting on ongoing cases involving the Government and his office before they are resolved.

“The court will determine that very issue; that is before the court right now,” he said, adding that he has no experience with redistricting and would therefore not know how long such a process might take.

The House of Representatives and Senate would naturally dissolve by November of 2020 after a five-year term, and the latest an election can be called is three months after in February of 2021. Prime Minister Dean Barrow, who is retiring, says he will decide on his future after the United Democratic Party’s leadership convention in February of 2020 but only needs to give thirty days’ notice at minimum to call an election before the National Assembly naturally dissolves.