Burglars caught in the act up north!

THE OROZCO APPEAL: Judgment of the Court of Appeal 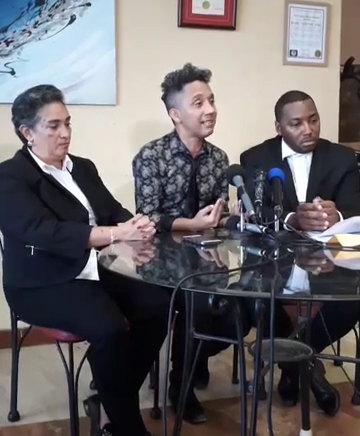 By Aaron Humes: Justices of Appeal Samuel Awich, Murrio Ducille, and Lennox Campbell confirmed that the August 2016 decision of Chief Justice Kenneth Benjamin in the case of Executive Director of the United Belize Advocacy Movement (UNIBAM) Caleb Orozco versus the Attorney General, with multiple interested parties, was correct in most of its essentials.

Section 53 of the Criminal Code, which criminalized “carnal intercourse against the order of nature” with imprisonment for ten years, contravenes sections 3, 6, 12, 14 and 16 of the Belize Constitution which are the rights to dignity, equality before the law, freedom of expression, privacy, and non-discrimination.

But what does the decision do in practical terms? Said co-counsel Senior Counsel Lisa Shoman, “At the end of this decade, we now have two of the highest courts in the land in Belize affirming that the Criminal Code is wrong, the way it is written, and should not be allowed to stand in terms of consenting adults and their sexual expression, and two, that you are not permitted to discriminate and you are not permitted to derogate from someone’s freedom of expression in this way.

The claimant turned respondent added, “What I have proven is that whether you are a sex worker, LGBT, marginalized woman, a person with diverse ability, a person experiencing domestic violence, you have the ability to take an issue to court and get redress. But what’s clear in this process is that even with this decision I am quite clear that the Attorney General’s office will not get up and start revising laws based on this decision.”

He explained that Cabinet essentially controls law reform – a Cabinet Note must be written for any change in the law and a “champion” must take up the fight in the executive. That said, he hopes for proper clarification of the section and continued advocacy not just for LGBT, but for all citizens, whose “civil rights are always under attack, and that we must be vigilant in being able to defend it wherever necessary.”

The Attorney General can seek leave to appeal to the Caribbean Court of Justice (CCJ), which has already looked at homosexual discrimination in the dismissed cases of Maurice Tomlinson of Jamaica against both Belize and Trinidad and Tobago.

Writing the primary opinion, Justice Awich held that the Chief Justice did not exceed the court’s power when he assigned the meaning “sexual orientation” to the word “sex” in Section 16 of the Constitution.

He added that “…consensual sexual intercourse between adult gays or between adult lesbians in private does not harm the fundamental rights and freedoms of others, nor does it intolerably harm contemporary public interest…”

Justice Ducille agreed in whole with Justice Awich’s judgment as did Justice Campbell, though the latter wrote a concurring opinion as well.

However, the Court of Appeal did not consider it appropriate for the Chief Justice to add language to section 53 buttressing its declaration against the section.

The court first dealt with a preliminary objection and application to dismiss the appeal by the Attorney General as academic, which it did not agree with, in light of the public law issues at debate. It then moved to the conclusive appeal, setting out the arguments on the basis of the correction of interpretations of the law.

Then-Solicitor General Nigel Hawke represented the Government. The parties shared their own costs.