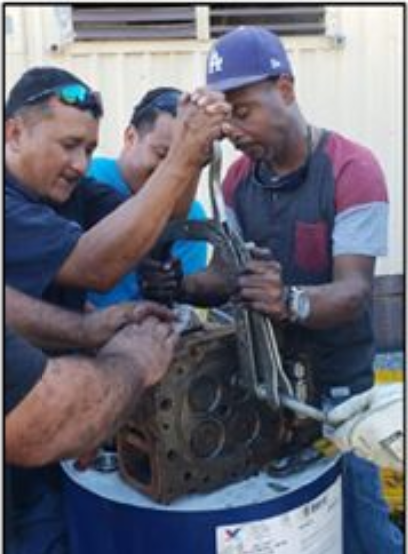 By BBN Staff: Belize Electricity Limited (BEL) issued an update this evening on the current power outage crisis in Caye Caulker, telling customers that the entire southern portion of the island, including the area south of The Split, should have power restored by tomorrow morning.

“Power can only be returned to the area north of The Split when the demand for power can be maintained using two-generation units or when the third generation unit is functional,” BEL said.

The company explained that as of 6:30 p.m. today, one generating unit is providing power to only a portion of southern Caye Caulker. The company said that around 3:30 a.m. one of the generating units shut down because of high demand for electricity on the system. That unit shutting down caused another unit to shut down due to overload, and the fourth unit has been nonfunctional for the past four weeks due to a damaged fault line.

BEL said that it has teams “working around the clock” trying to remedy the problem and that it is expected that the situation will normalize by January 3. Meanwhile, the island, one of Belize’s most popular tourist destinations is also facing a water crisis, which when coupled with the power problems is causing major problems for the tourism sector.