Belize welcomes the first children born in the new year 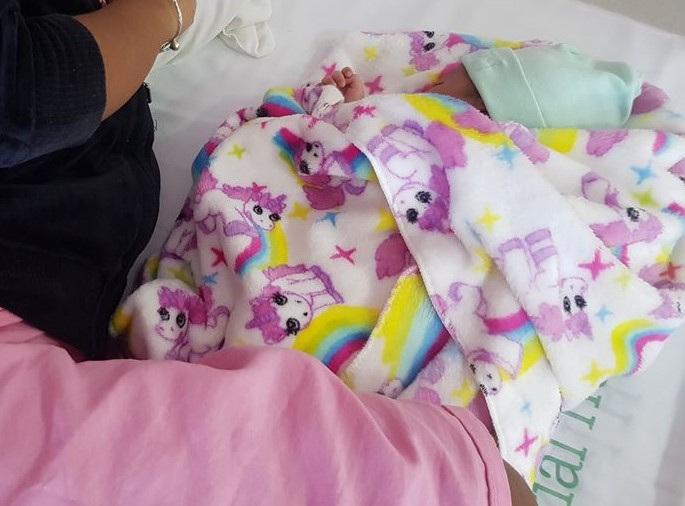 By BBN Staff: Today, the Karl Heusner Memorial Hospital (KHMH), in a tradition running for about 16 years, presented gifts to the first children born at the hospital on New Year’s Day.

Private sector entities such as the San Cas Group of Companies and Brodies, along with the Rotary Club of Belize City Sunrise, gathered at the Maternity Ward at the KHMH this morning to present their gifts.
The mothers received products such as diapers, baby wipes, milk, and vitamin supplements, and even monetary donations however the amounts were not disclosed.

Tylon Tillett, public relations manager for the KHMH, explained that this year the hospital gave a donation of car seats to the mothers, in a new initiative to promoting car safety for children in Belize.

“We have seen where kids reach the hospital with varying injuries, that were not secured in the vehicle, so we’re trying to start some initiative get a policy started so that car seat safety is practiced more in Belize,” Tillett said.

Aisha Trapp, marketing manager of the San Cas Group, said that the company fully supports the KHMH’s push for exclusive breastfeeding for the first six months of a child’s life, and as such the company did not provide any milk substitute products. The company also provided a baby tub to each of the mothers.

She noted that the company has expanded its donations, to include the first children born to each district, and along with in Belmopan and San Pedro specifically.