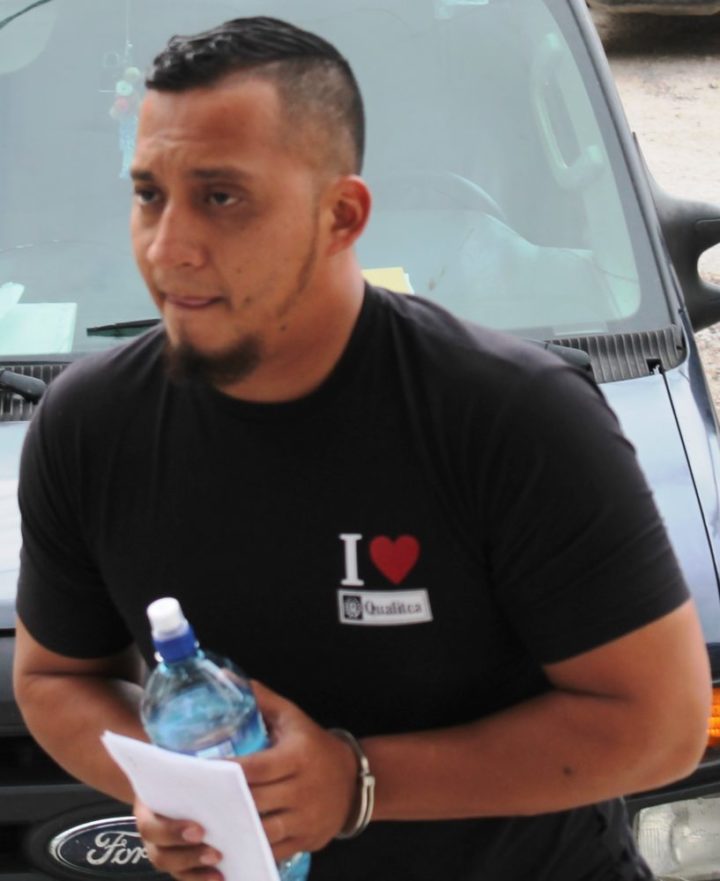 By Aaron Humes: Insurance sales agent Roger Ventura Chamel was spared jail after entering a guilty plea to aggravated assault with a firearm.

Senior Magistrate Aretha Ford fined him $500 and he was given until February 28 to pay. If he defaults on payment he will serve 5 months.

Chamel changed his plea after hearing he would not get bail for the incident on December 20 despite intervention from defense attorney Hurl Hamilton. He apologized for pointing a pellet gun at 55-year-old Maurice Kelly during an argument at Peppers Pizza on St. Thomas Street.

Kelly told the police that he parked his truck in front of the pizza parlor and went in to buy. He said that when he came out of the shop he was confronted by Chamel, who accused him of crashing into his car. They argued and Chamel pulled out an object that resembled a firearm and pointed it at him. He said Chamel told him, “you know I can kill you right now.” A fearful Kelly retreated into his truck and sped off.

Attorney Hamilton sought to get bail on the basis that a pellet gun is not considered a firearm under the Firearms Act which precludes Magistrates from granting bail to persons illegally in possession of any objects listed therein. Chamel changed his plea from not guilty to guilty when Senior Magistrate Ford told him that she was denying him bail in the first instance.