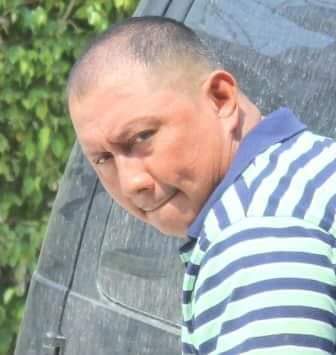 By BBN Staff:  Reynaldo Verde, the former Deputy Director of the Belize Tax Services who awaits trial through its duration in the United States on charges of extortion and obstruction of commerce, has requested bail and a house arrest arrangement, according to court documents from the US District Court of Southern Florida.

Counsel for Verde filed a motion on his behalf citing, “significant ties that demonstrate that Mr. Verde would, in fact, appear in court if released on bail.” The motion cites a sister of his residing in Houston who is “willing to take full custody of Mr. Verde, offer her primary residence as collateral, and accompany him to all court appearances.” Counsel further notes that Verde is willing to “put down a significant bond including a cash component.” According to the motion, Verde has also stated his willingness to surrender all travel documents and wear an ankle monitor.

Intriguingly, the document also notes that “Mr. Verde made clear that his livelihood depends on his ability to work within the United States and he has no professional incentive to fail to appear [in court], thus preventing him from serving his professional duties.”

Verde was arrested in the US last year while returning from official business in Brussels. He has been in custody ever since as details of his case have emerged through court filings. The complaint against Verde was lodged by Chris Williams, an American developer who owns the Orchid Bay development in northern Belize.

The filings explain that Verde, who was Assistant Commissioner of the GST Department from October 2016, contacted Williams, who took over the Orchid Bay project in 2016 and had hired a construction firm based in southern Florida, requesting a clandestine meeting over alleged delinquent tax obligations. Williams met with Verde in January 2017 and secretly recorded the conversation, in which Verde insisted Williams owed BZ $1 million in unpaid taxes.

Williams, however, who had retained a local accountant and attorney to navigate its financial obligations, maintained that his tax balance was a much lower figure in the range of $700,000. Williams then made a complaint to the FBI, spawning the investigation which led to his eventual arrest in Washington several weeks ago on his return from a working trip to Brussels.

The documents detail how Verde harassed Williams, planning and backing out from several meetings with Williams in locations in the US and Mexico because he was afraid to meet outside of Belize. With each demand, the total increased until Verde inflated the amount of Orchid Bay’s tax liability to BZ $8 Million. Finally, Verde agreed to meet with Williams at Orchid Bay in August after Williams had left Belize for months fearing he would be detained as Verde allegedly threatened.

The Orchid Bay meeting, however, was a sting operation set up by the FBI and two special agents were present, eating lunch at a nearby table, as Verde met with Williams, gun visible on his side. Williams was also equipped with a recording device and the conversation forms part of the FBI’s evidence against Verde. After a tense discussion about settling Orchid Bay’s problems, Verde left with $2,000 taken from Williams.