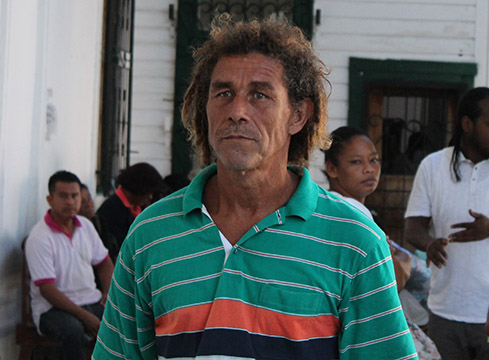 By Aaron Humes: Elias Pech, 52, was in a hurry on December 21 in Burrell Boom, Belize District.

The farmer and construction worker needed to get to his farm to feed his ducks and chickens and decided to “borrow” Edison Dawson’s silver and black beach cruiser bicycle that has a value of $100. He said he intended to return it after he was finished with the chores.

But perhaps he should have taken the time to ask because he is behind bars for the next six months after being caught on video surveillance – and because of past convictions for crimes of dishonesty.

Pech pleaded guilty to theft before Senior Magistrate Aretha Ford, but he has been before the courts on three previous occasions for theft, once for burglary and once for handling stolen goods, and the court could not ignore that as Pech wanted.

Police were armed with the cameras showing Pech taking the bicycle, which was later recovered at his residence elsewhere in the village.