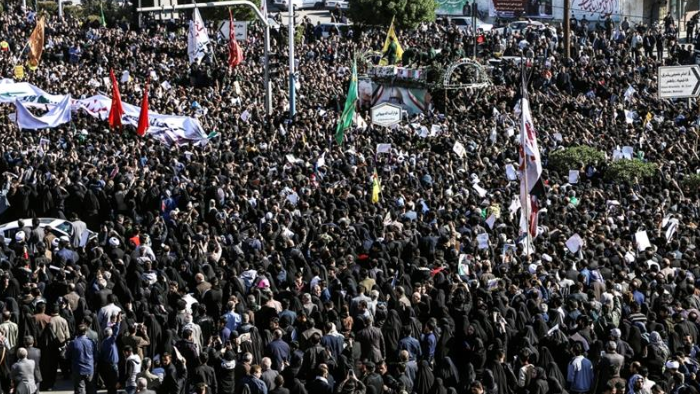 By BBN Staff: While Iran holds the funeral procession to honor Qassem Soleimani, head of Iran’s elite Quds Force who was killed in a United States airstrike on Friday, Iraq’s parliament has passed a resolution calling on the government to expel foreign troops from the country.

The funeral procession for Soleimani began earlier today, once his body arrived in the Iranian city of Ahvaz. Following the attack, Iran’s Supreme Leader, Ali Hosseini Khamenei, warned that “a harsh retaliation is waiting,” while US President Donald Trump threatened that the US will attack a total of 52 locations in Iran if the country retaliates. The move by the US has been condemned by various world leaders, fearing that it would escalate tensions in the Middle East.

“The Iraqi government must work to end the presence of any foreign troops on Iraqi soil and prohibit them from using its land, airspace or water for any reason,” the parliamentary resolution said.

The resolution also said that Iraq would commit to revoking its request for assistance from the international coalition fighting the Islamic State “due to the end of military operations in Iraq and the achievement of victory.”

Aljazeera reports that parliamentary resolutions, unlike laws, are non-binding and that new legislation would have to be drafted to cancel the existing agreement.