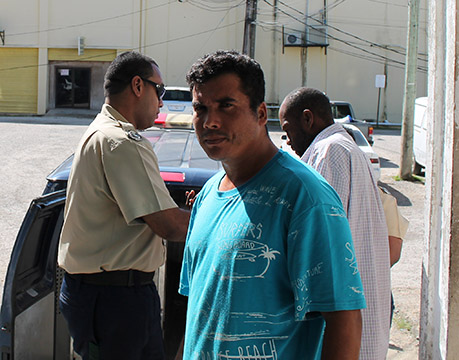 By Aaron Humes: Josue Alberto Ibanez, 33, a naturalized Belizean originally from Guatemala, who was caught shoplifting, pleaded guilty to theft when he appeared Friday before Senior Magistrate Tricia Pitts Anderson.

On January 2 at U Mall Supermarket, located at mile 9 on Phillip Goldson Highway, Dacheng Li, 29, a Chinese national, the owner of the supermarket, reported to the police that one of his employees saw Ibanez taking several items off the shelf and putting them in the front of his pants and using his shirt to hide them.

The items included one American spice black pepper, one poultry seasoning and a green and grey metal frying pan. The total value of the items was $66.85. Ibanez was also captured on video surveillance cameras taking the items.