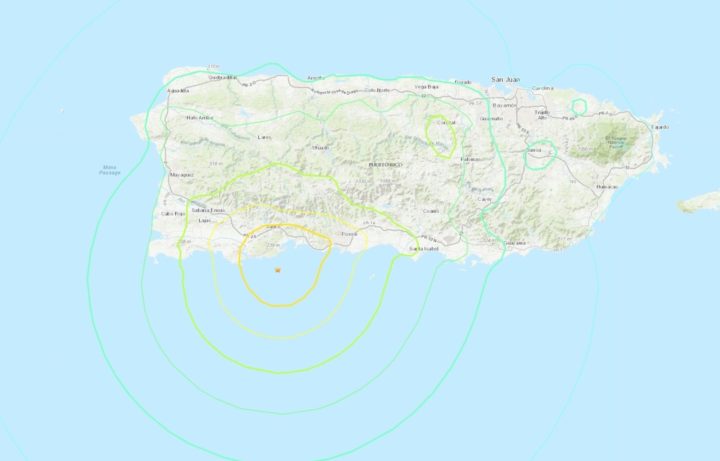 By BBN Staff: Puerto Rico was shaken again by another powerful tremor this morning.

Power outages and building damages have been reported near the island’s southern coast this morning.

The quake today struck at 4:24 a.m. and was centered just off Puerto Rico’s southern coast, about 6 miles south of Indios town, the US Geological Survey said.

Authorities on the island reported widespread outages across the island after its power plants activated an auto protective mechanism following the earthquake.

Puerto Rico Governor, Wanda Vázquez Garced, urged citizens to remain calm as the government responds to the most recent quake in a statement posted on Twitter.

A tsunami warning was initially issued but later canceled while electricity was off.