The Bar to boycott the ceremonial opening of the Supreme Court 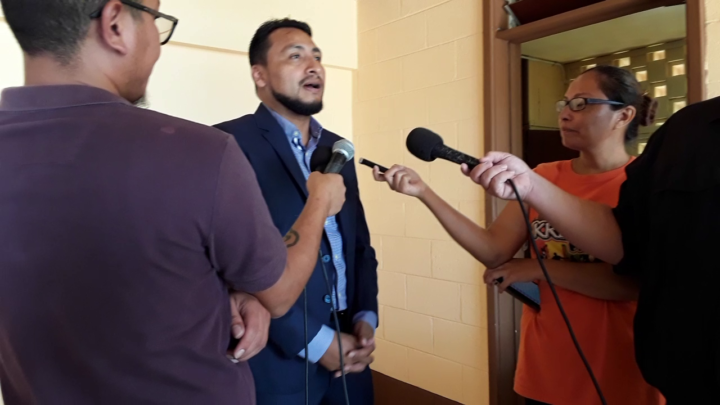 By Aaron Humes: Chairman of the Senate Special Select Committee on Immigration, Senator Aldo Salazar, tells us he is “in the same position” as he was last we checked on the issue of the still-outstanding report on its public hearings of November 2016-December 2017, concerning activity in the Immigration Department between 2011 and 2013.

“I am working on finalizing the draft and as soon as I am finished I will submit to the Committee. I don’t want to give any timeline. I appreciate and am very cognizant of the time that has gone by but note that we have not fallen afoul of the Senate Standing Orders. We are still within the time allowed by those orders. It will be delivered in accordance with the rules of the Senate,” he told us in a telephone text conversation this morning.

Salazar maintains he is not concerned about “political optics.” But he suggests that behind the public laments about the length of time it has taken is secret happiness about the delay because “it gives political capital. Those same people are not genuinely anticipating the report to digest and move forward in the best interest of our country but rather merely to tear apart and criticize.”

He also notes that the Committee is down one member, as after former Senator Eamon Courtenay’s departure in June, no appointment was made to replace him. As to whether he has input from other Committee members to write the report and if there is any disunity within the Committee, he said he was not at liberty to discuss its internal communications, citing confidentiality.

Last year Salazar had promised the report in weeks, citing delays due to scheduling and availability of documents.

It was widely acknowledged over the course of the hearing that “a culture of corruption,” from the bottom to the top, led to the conditions that caused South Korean businessman Won Hong Kim to attempt to obtain Belizean documentation in an effort to escape embezzlement charges in 2013. Then-Minister of State Elvin Penner was fired from Cabinet and blackballed out of the United Democratic Party, though escaped criminal charges.

The Police Department, then led by Commissioner Allen Whylie, had delayed formal investigations until the report is released, but several witnesses testifying at the hearing said that neither it nor other investigative agencies need to wait for the report to begin their inquiries.