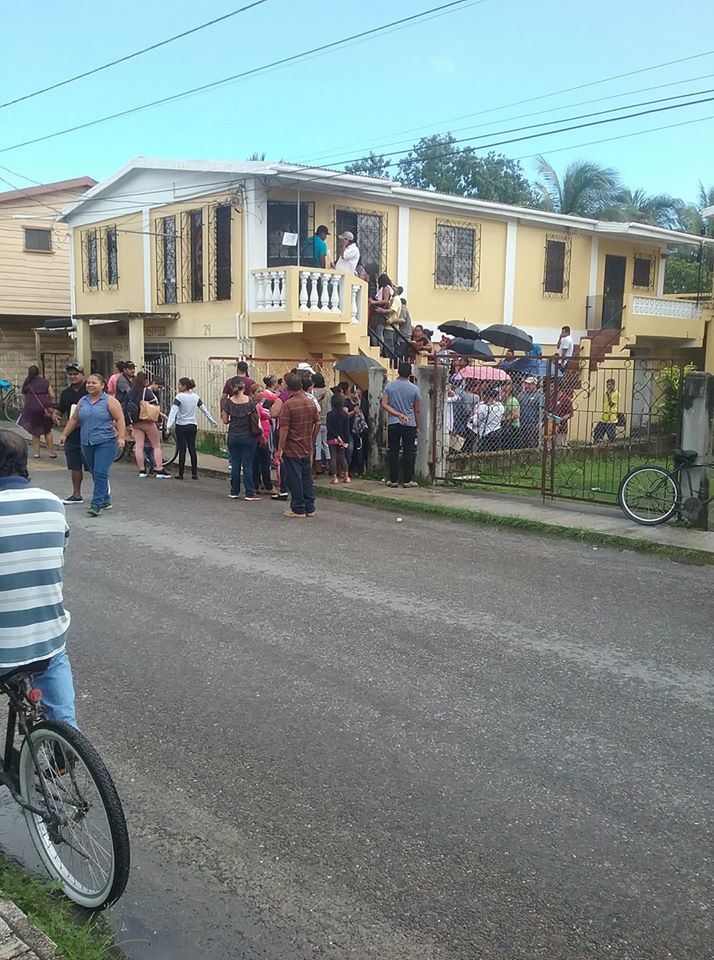 By BBN Staff: The Opposition, People’s United Party (PUP) issued a statement today saying that despite many allegations of impropriety in nationalization and rigging of the election process, and the fact that the report of the Senate Special Select Committee – still not released by Chairman and UDP Senator Aldo Salazar – makes specific reference to many allegations of corrupt practices where nationalization is concerned, the UDP shows no sign of changing its modus operandi.

The PUP says the hundreds of immigrants seen outside the political office of UDP Lake Independence aspirant Dianne Finnegan were promised that the UDP would expedite their nationality documents, with the clear expectation that those persons would then vote for the UDP in general elections.

“The PUP denounces the shameful exploitation of these immigrants, many of whom have lived in Belize for years and call the Jewel their home. For years the UDP has ignored these persons, preferring instead to give nationality to persons like Kim Wonhong and many others who were able to pay top dollars and became Belizeans without setting foot in Belize. Instead of a mad scramble to nationalize immigrants before elections, telling them that in return they must vote UDP, this disgraceful administration should have been working to fix the nationality system to ensure that these immigrants are able to go through the process legally and quickly,” the party expressed.

The party says that the sudden push of immigrants who have been unable to access the system for more than ten years is being done purely for political reasons.

The party called on the UDP to bring an end to this practice.

It further called on Senator Aldo Salazar to release the findings of the Senate Special Select Committee which directly deals with the mass nationalization by the UDP before elections.

“Our Belizean birthright is sacred. We must protect and cherish it. There is a process which allows Immigrants who love our country to become Belizeans. We must respect that process,” the PUP noted.