John Briceno: Too much corruption has been allowed under this UDP administration 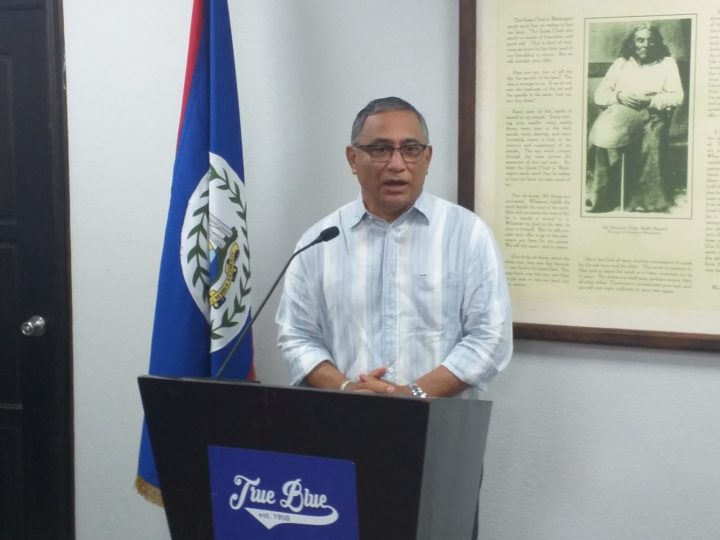 By BBN Staff: Leader of the People’s United Party (PUP), John Briceno issued a statement today discussing the accusations made against Government officials who reportedly accepted bribes from an American criminal.

Media reports surfaced that two UDP Ministers went to Cabinet to recommend that Dermen be appointed a diplomat.

“We have also heard reports that the US Government intervened to stop this individual from being appointed as a high ranking Belizean diplomat carrying diplomatic credentials gifted to him by this UDP government.  If such a recommendation was indeed made and I believe it was, then the Prime Minister knows who made them. He would also know who allegedly received bribes,” Briceno expressed.

He also called on Prime Minister Dean Barrow to disclose the identity of the two UDP Ministers who are allegedly associated with Lev Dermen and further calls on those two Ministers in question to immediately resign.

Briceno also urged Barrow to remove the ministers involved from cabinet and that the authorities commence an investigation into the finances of these two Ministers, with a view to criminal prosecution.

“ This must be done immediately. There is enough to warrant it,” Briceno urged.

In ending his statement, Briceno said that too much corruption has been allowed under this UDP administration.

“We cannot allow it to continue under this, or any future administration. It is time to send a strong message.  It is time to do away, once and for all, with ‘politics as usual’. Corruption affects all of us – every single one of us and it must come to an end now!,”  he said.