Condé Nast Traveller is calling all adventurers to Belize 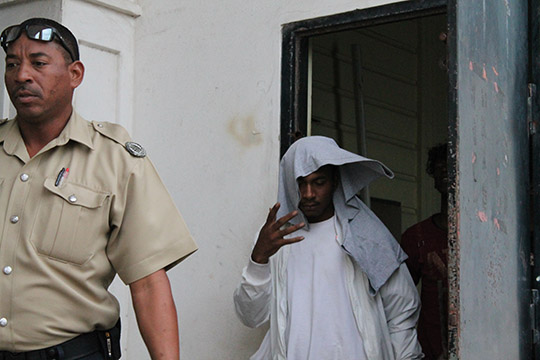 By Aaron Humes: Allison Reyes, 19, a laborer of 73 Rasta Street, was charged with attempted murder when he appeared today before Senior Magistrate Tricia Pitts Anderson. Reyes was also charged with grievous harm and use of deadly means of harm.

No plea was taken because the offences are indictable. Neither could the court offer him bail. He was remanded until March 16.

The incident occurred about 8:20 p.m. on Tuesday, January 14. The victim, Kurtis Campbell, 30, reported to the police that he was riding his bicycle on South Creek Road and when he turned into Muhammadali Street he became aware of the sound of a motorcycle coming behind him.

He said that when he turned around he saw a person who he recognized as Reyes. He told police that Reyes rode by him and fired several shots in his direction, then rode past him and did not stop.

Campbell was shot in the right side of his back and in his right arm. He was given a medico-legal form and he was taken to Karl Heusner Memorial Hospital where the doctor who examined him and treated him classified his injuries as grievous harm.