Shyne to settle with DJ Dalla over Music Week dispute 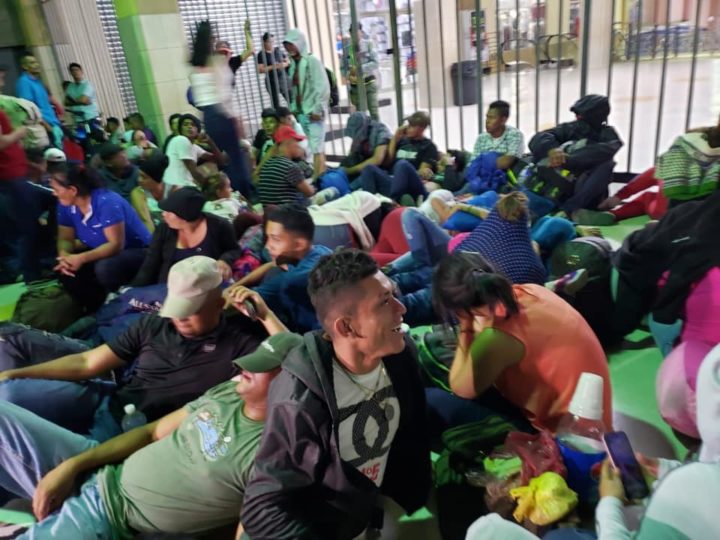 By Aaron Humes: Minister of Immigration and Nationality Godwin Hulse warns that Belize cannot and will not be used by migrants to transit to the United States.

Nonetheless, an unknown number of migrants in a caravan is said to have left San Pedro Sula, Honduras, and today was spotted somewhere in the Petén region of Guatemala.

On Wednesday, Hulse told reporters that the chief executive officers of the relevant ministries caucused – Immigration and National Security. They are investigating and formulating plans if the caravan does come to Belize.

But if the migrants make it, says Hulse, their odds are long on reaching the States: “The United States has blocked that, there were troops placed as I understand it on the border between Mexico and Belize and we have no facility, no mechanism or whatever to house those people so we’re looking at it very carefully. We are not a third safe country, the safe third country is in fact Guatemala and so if they’re moving into Guatemala from Honduras they’d have to hit Guatemala before they hit us. The United States’ rule and recommendation to Guatemala was that they become that safe third country.”

Belize has generally been welcoming of migrants and refugees but there are rising concerns, Hulse adds: “I know that yesterday, in [new Guatemalan President Alejandro] Giammattei’s inaugural speech he talked about bringing legislation to declare the gangs terrorist organizations. All those things are of concern to us, because if those people begin to run out of Guatemala, as they are running out of El Salvador, Belize looks like an attractive place; so we really have to tighten up and be vigilant on that matter…”

A massive caravan last year remains largely stuck at the U.S.-Mexico border, its participants held in camps pending various applications for asylum and refugee status on the order of President Donald Trump.