Trinidad, Barbados plan to boycott meeting with US Secretary of State

Premium to increase by 27 cents 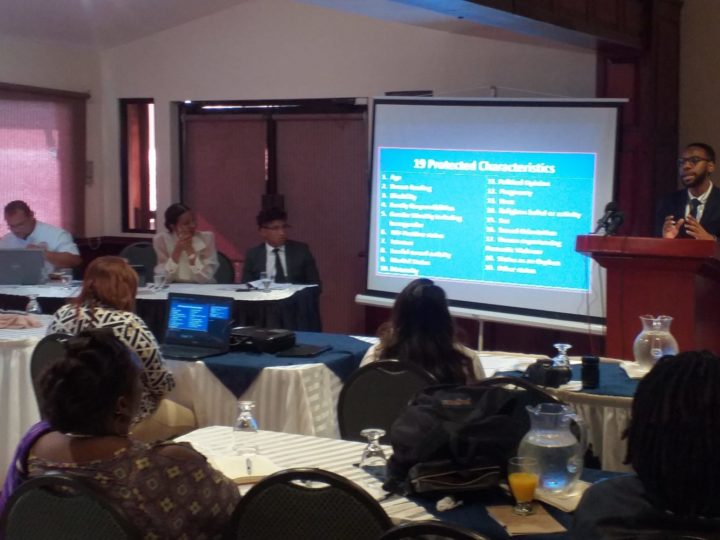 By BBN Staff: Following the conclusion of its countrywide tour of public consultations on the proposed Equal Opportunities Bill (EOB), the National AIDS Commission (NAC) is moving on to the next phase which is meeting with various special interest groups.

The NAC, along with the Special Envoy for Women and Children (SEWC) Kim Simplis Barrow, held one such meeting this morning at the Radisson Fort George Hotel and Marina focused on updating the media on the result of the public consultations, dispel some misconceptions about the EOB, and speak on the way forward. That meeting featured presentations from a legal drafting consultant and a representative of the Legislative Drafting Unit of the Attorney General’s Ministry.

Enrique Romero, Executive Director of the NAC, explained that the public consultations were well attended; however, they were populated primarily by religious groups. Romero noted that there were overlapping concerns discovered as the NAC toured the country, which included: the effect the Bill will have on the Marriage Act, perceived dangers of reducing the age that someone can access sexual reproductive health services to 16 years to match the legal age of sexual consent, and possible linkage of the EOB to laws and regulations governing abortions in Belize.

Romero said that, as a part of the post-consultations, the NAC met with the Belize Council of Churches and the People’s United Party yesterday; the media and the National Trade Union Congress of Belize today; and the National Evangelical Association of Belize (NEAB) tomorrow.

“People can also submit questions and comments at info@nacbelize.org and that is open until the 31st of January, and then we hope to have a draft that we will send to parliament. And even when it goes to the House it, has the committee meetings and those are open to the public so when they have the meetings people can go and give their comments and feedback,” Romero said.

He stressed that the NAC learned that education and public sensitization on the content of the EOB needs to continue and the NAC will ensure that those efforts are ongoing.