Expats Are Falling in Love with Placencia Belize, and Here’s Why 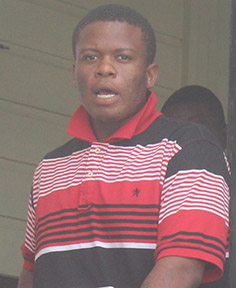 By Aaron Humes: A charge of attempted murder against Elden Flowers, 22, was upgraded to murder today because the victim, Richard O’Neal, has died. Flowers was arraigned before Senior Magistrate Tricia Pitts Anderson. He was further remanded until March 31.

On November 27, 2019, O’Neal, who resided on Ordonez Street in Belize City, was kidnapped and taken to an area on the Burrell Boom Road. He was shot, dumped on the roadside and left for dead. But he survived and police alerted to the shooting took him to Karl Heusner Memorial Hospital, where he was admitted to ward in a critical condition. Three weeks later, however, he succumbed to his injuries.

Flowers was initially charged with attempted murder; however, this is not Flowers’ first murder charge. In 2017 he was charged with the murder of Randolph Johnson, 19, but in July 2019, Justice Colin Williams acquitted him in a trial without a jury.