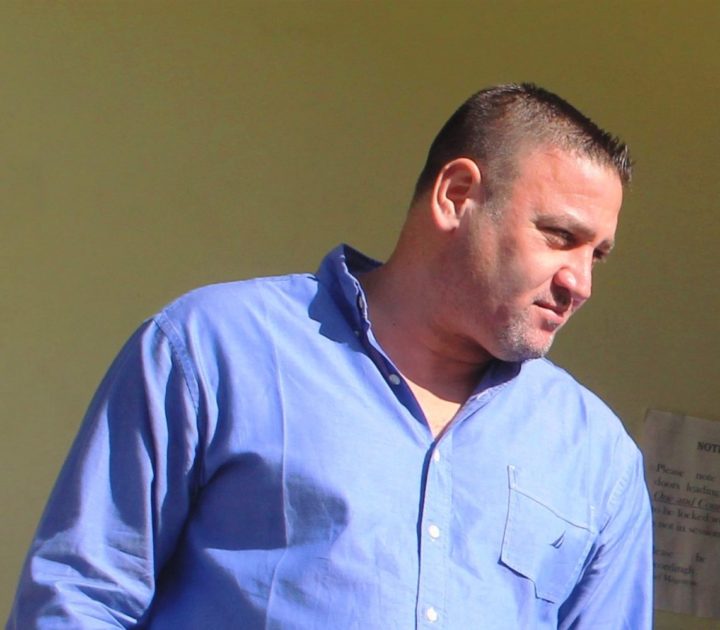 By Aaron Humes: The Department of the Environment (DOE) has been before the court since last August, charging that mother and son, Primrose Gabourel and Dion Zabaneh, have refused to adhere to stop orders issued in the case of Parcel 4670 on Seashore Drive, and continue to develop the land.

But on Wednesday, the Department’s legal counsel Jeavon Hulse, on instructions from Chief Environmental Officer Martin Alegria, dropped all charges against Gabourel, 76, and continued the case against Zabaneh, 43.

The elder businesswoman and son were jointly charged with one count of failure to sign an environmental compliance plan and failure to obtain environmental clearance; four counts of failure to comply with oral instruction given by a designated officer of the Department, on four specified dates including January 19, 21, 24 and January 25, 2019, specifically one Marco Escalante. Zabaneh was separately charged with one count of assault of an officer in the conduct of his duties.

It has emerged that Gabourel is not the owner of the parcel of land in question.

Before Senior Magistrate Aretha Ford this afternoon, attorney for Zabaneh Emil Arguelles questioned Alegria for 45 minutes on cross-examination as to clarify the difference between a stop order and enforcement notice, as the two terms were conflated in prior testimony.