Expats Are Falling in Love with Placencia Belize, and Here’s Why

Justin Burns arraigned for aggravated assault with a firearm 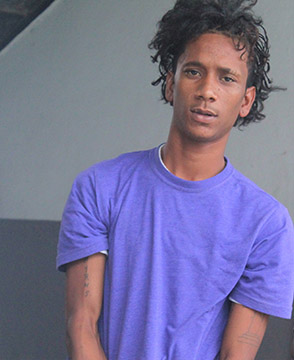 By Aaron Humes: A quarrel between teenage boys has landed one of them in legal trouble for firing a gun at the other.

Eighteen-year-old Justin Burns of Magazine Road, Belize City, is accused of aggravated assault with a firearm on 19-year-old Eldridge Ramos, a childhood friend with whom he had a quarrel on Friday morning, January 17. He pleaded not guilty before Magistrate Emmerson Banner.

Police had responded to a report of shots fired in the area of Ebony and Mopan Streets around 7:20 a.m. A few minutes earlier according to Ramos, he was at the corner of Vernon and Mayflower Streets when he got into an argument with the accused shooter, Burns, and one Jaheem Morris. They exchanged words and the alleged assailants chased after him, but he was able to get away to his yard 40 feet away.

Ramos said he heard Burns say, “Ah di come back feh yuh rite now” (I’m coming back for you right now). A few minutes or so after that, he heard the sound of gunfire and saw Burns shooting at him from a distance away on Mopan Street, but he was not hurt.

In court, Burns pleaded not guilty to the charge but because of the alleged use of a firearm, bail was denied and he was remanded into custody at the Belize Central Prison until March 20, 2020.