Court hands down fines and compensation for fatal road accident 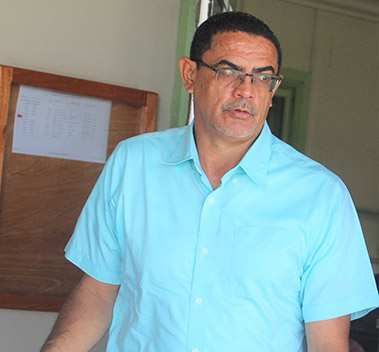 By Aaron Humes: David Zetina, 59,  a specialist with the Social Security Board, must pay a total of $13,000 in fines and compensation for his involvement in a fatal accident on the Philip Goldson Highway in 2012.

Supreme Court Justice Marilyn Williams set a fine of $3,000 for the guilty plea, due by March, in default six months imprisonment.

On February 24, 2012, around 6:45 in the evening, Andrewin was riding on the highway in Biscayne, not far from her home when she was hit from behind by Zetina’s pickup truck as he was driving toward Belize City near Mile 24 and a half.

An eyewitness said Andrewin had just told him good evening as she passed him, followed by the vehicle which hit her. She fell off to the side and landed face down in the bush, bleeding from the face and head.

According to the eyewitness, who later spoke to police, Zetina came out of the drivers’ side of the truck and when he saw Andrewin, he reportedly said, “Dah my fault,” and became distraught.

Justice Marilyn Williams in imposing a non-custodial sentence took into consideration the fact that Zetina showed remorse for his action; he saved the court’s time when he pleaded guilty, and that two persons spoke on his behalf concerning good character.