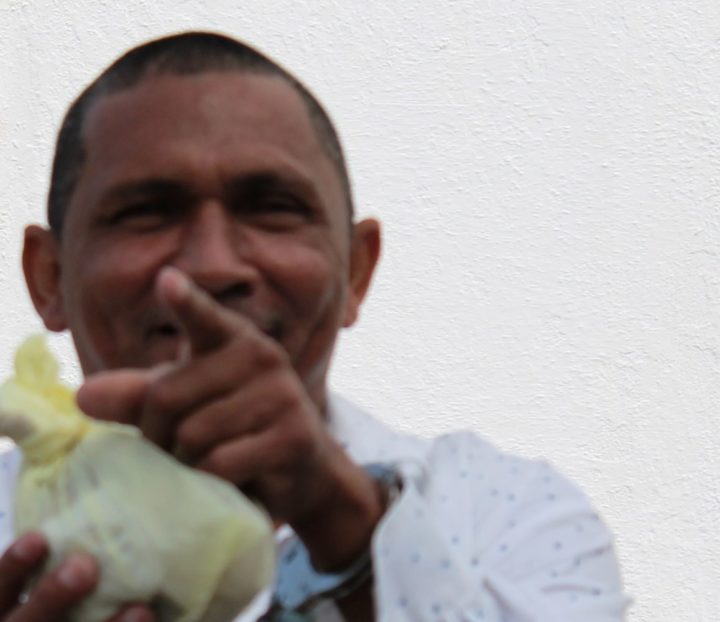 By Aaron Humes: When she refused to resume their relationship last August, 46-year-old Noewellyn Williams of Sandhill, Belize District, blindly lashed out at his ex-partner, 33-year-old Roxanne Pop, and killed her in public view.

Williams today appeared before Supreme Court Justice Colin Williams and pleaded to manslaughter rather than murder.

Williams told police under caution that around 7 in the evening on August 9, 2019, he went to meet Pop, his estranged partner, and mother of their three children at 88 Boulevard Plaza on Central American Boulevard, seeking to get back together.

But Pop, he said, began to bring up things from the past, and she told him that she will never live with him ever again. Williams said he got up and leaned against the table when Pop got up too, and repeated to him that she will never again get together with him. Williams said he began to cry and he took out a knife and he stabbed Pop several times in her chest, then he fled from the area.

Williams’s sentence was deferred until February 6 for the court to hear pleas for mitigation, get an impact assessment report from the family of the victim and also look at a report from the Prison Department regarding Williams’ conduct while he has been in prison.