“More than one kind of coronavirus,” says Director of Health Services

Canadian mom who fled to Belize with son sentenced 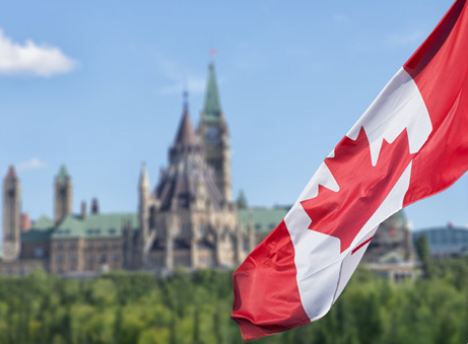 By Aaron Humes: A woman from Lethbridge, Alberta, Canada charged in connection with a child abduction case in which she fled to Belize, pleaded to lesser charges, according to the Lethbridge Herald.

In 2014 the woman, who cannot be named under a court-ordered publication ban fled Canada with her son and for the next few years moved between Mexico, Guatemala, and western Belize. She was eventually caught, charged with illegal entry and deported along with her son after serving time here.

But in the Canadian hearing concluded on Friday, Judge Jerry LeGrandeur read out a lengthy summary of the case, then stated the “Charter [of Canadian Rights and Freedoms, part of its Constitution] does not apply.”

The Crown prosecutor and the woman’s defense attorney jointly submitted acceptance of a guilty plea to the lesser charge of breach of a court order. She was sentenced to a year of house arrest followed by a year of probation.

Explained the defense attorney, Andre Ouellette, “The judge basically decided that the Charter in this case, on the facts in this case did not apply. But he did find there could be an issue if this matter went to trial, in regards to the fairness of the trial because of the way Canadian officials had played around with the Hague Convention rules.”

Ouellette, according to the Herald, said his client was pleased the case is finally over, while the prosecutor called it “a fair resolution.”

“It’s been going on for years, so she feels a lot better — she’s going to have another child. She feels relieved, mostly, because it’s been going on so long,” he said. “This will have an impact on potentially any other court aspects involving custody of the child’s access and things of that nature.”

The case began on Jan. 6, 2014, when the woman’s ex-husband told police the accused had taken their son and left the country. The following month she was charged with child abduction and a warrant was issued for her arrest. The Herald reported that Ouellette didn’t elaborate on behalf of his client on what prompted her to take the route she did. He did say, however, that there were “issues between the parents.”

“There were some serious disputes between them,” he said. “And on that basis, my client made a decision that she felt that whatever the father would view as the appropriate way to bring up the child was not appropriate by her standards.”

The woman’s two-year conditional sentence involves six months of 24/7 house arrest, except by exception, followed by six months of house arrest with a curfew. Then she will be placed on probation for a year with similar conditions of, among others, keeping the peace, reporting to a supervisor, attending court as requested and residing at either her current address or at a court-approved address.