Western sides continue to dominate in week 3 of Premier League

Week 2 of Elite Basketball: Champs shown up, PG shows out 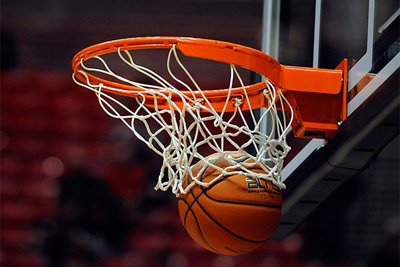 By Aaron Humes: The San Pedro Tiger Sharks found it rough going against Belize Hurricanes, taking an 85-77 loss that was almost a 20 point blow out with less than 3 minutes to go.

Belizean-American Alex Carcamo, a 20-year veteran forward who is still celebrated for being instrumental in Belize winning the 1998 CARICOM championships scored the Benny’s Hurricanes first points on a patented midrange jumper.

Carcamo (17 points, 4 rebounds) is joined on the Hurricanes’ backline by two other Americans, Jamell Harris (17/12) and Jamaal Samuel (19/9) and their length proved to be a Maginot Line defensively, with sharpshooting efficiency offensively especially from deep. J&J was 6-13 from three, particularly knocking down timely nothing-but-net shots when Da Sharks clogged the middle.

Diminutive Francis “Frank” Arana, the shortest player on the court, was the night’s highlight reel and his spark plug play twice brought the visitors back to within a few points but they could not bridge the deficit in a game in which they trailed from the opening minute. He led all scorers with the game-high 27 points, along with 5 rebounds, 4 assists and 3 steals in a game-high 40 minutes of play.

On Friday night in the Verdes season opener at Sacred Heart College Auditorium, the home squad was able to secure their first win on the season, defeating Orange Walk Running Rebels 82 – 74. Orange Walk jumped out to an early 20 – 15 lead at the end of the first quarter, but by half time Verdes lead, 41 – 32. Verdes was able to hold this lead despite many offensive runs by the Running Rebels to secure the victory in front of a packed auditorium. Verdes was led by last year’s MVP, Kris Frazier who had the game high with 23 points to go with 8 rebounds and 4 assists while captain Richard Troyer scored 17 points and 11 rebounds to go with 3 steals. American import Devin Thomas tallied 13 points and 8 rebounds in his first NEBL game while Tyrone Hall finished with 12 points, 4 rebounds and 4 assists.

In a losing effort, Roger Reneau netted 19 points to go with 7 rebounds while Tyrie Orosco scored 15 points and grabbed 5 rebounds in only 13 minutes before being ejected in the second quarter after obtaining two unsportsmanlike fouls. Matthew Young finished with a double-double of 11 points and 10 boards while American import Dajuan Cooper also recorded a double-double in his debut with 10 points and 11 rebounds and Sidney Bradley chipped in 10 points.

On Saturday night Punta Gorda Panthers welcomed Belmopan Bandits at home in their state-of-the-art venue that welcomed in many PG fans and had the place rocking. Panthers led 49 – 44 at intermission and they were able to hold on despite many offensive surges from Belmopan Bandits to take win their first game 95 – 88 after a 4-year hiatus from the league.

And in Dangriga, Griga Dream Ballers boasted their improved venue with air-conditioned comforts, but were crushed by the visiting Belize City Defenders 84 – 55. Defenders recorded their first win of the season behind Nigel Jones who had a double-double with 27 points and 14 rebounds while big man Luther Page tallied 23 points and 3 rebounds while Devin Daly finished the night with 12 points and 9 rebounds. In a losing effort, American import Branden Sheppard was the top scorer for the home squad with 16 points and 11 rebounds while Delvon Henderson sank 11 points to go with 9 rebounds while Daniel Conorque and Quinton Bowen chipped in 10 points apiece.

In next week’s games, Defenders host Verdes and Orange Walk take on Hurricanes on Friday and Belmopan hosts Dangriga and PG welcome the Sharks on Saturday.